Animal Crossing: New Horizons (NS) has remained in first place on the French charts in week 13, 2020, according to SELL. Mario Kart 8 Deluxe (NS) and FIFA 20 (PS4) have remained in second and third place, respectively. 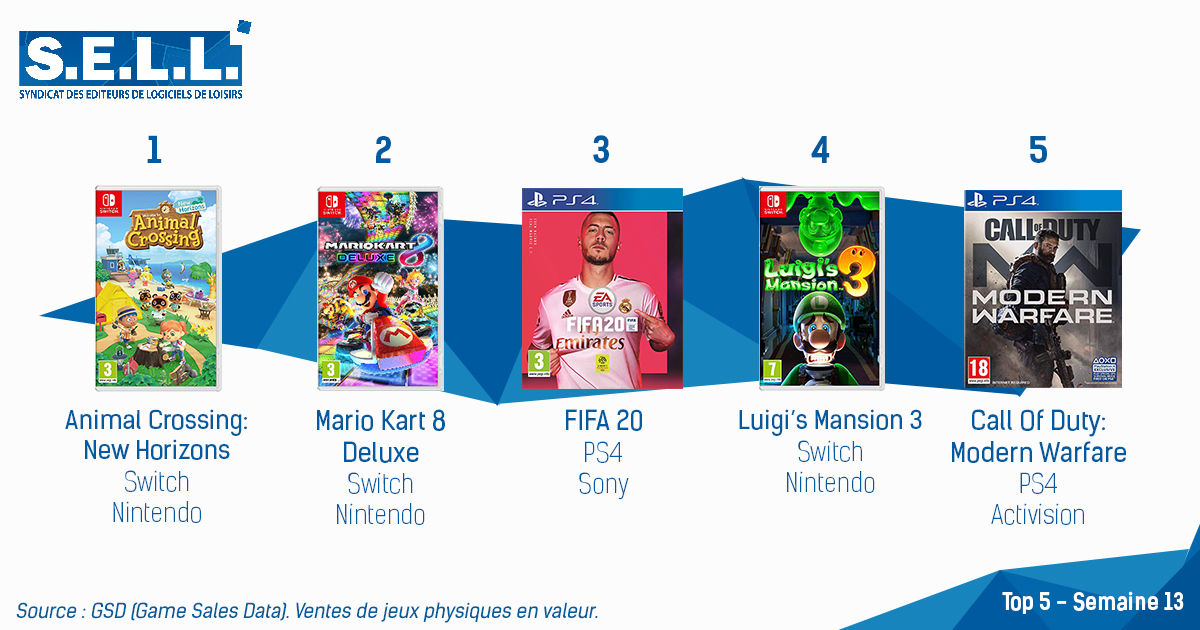 The game is Switch’s second major phenomenon, Zelda: Breath of the Wild was the first. While Mario Kart is the biggest hit, it’s more or less a continuation of what the Wii and DS games started...

Yes, Mario Kart was a big game before, but it wasn’t something you see in almost every office community with people under the age of 50 until the DS release. Breath of the Wild and New Horizons are games that broke ground in a similar way to the GTA 3 trilogy, Just Dance, and Wii Sports.