Vitamin Connection is the love child of Snipperclips and Lovers in a Dangerous Spacetime. It takes full advantage of the hardware inside the Joy-Con controllers to create an experience unique to Switch, and invites local co-op partners to work together to steer a ship through danger. While its reliance on motion and IR controls often proves counter-productive—piloting a single ship between two Joy-Cons is finicky at best—and its backtracking gameplay can turn tedious, the game's cheerful story, eclectic soundtrack, and post-game content make it an overall decent Switch exclusive.

Starring two cute anthropomorphic halves of a vitamin pill—Vita-Boy and Mina-Girl—the story in Vitamin Connection is colorful and charming. As co-pilots of the "Capsule Ship" Vita-Boy and Mina-Girl enter the internal systems of several members of the Sable family to cure an upset stomach, kick a cold, and save a dog from some toxic chocolate. Eventually, as a much more urgent emergency presents itself, the micronutrient mates even work to save planet Earth. 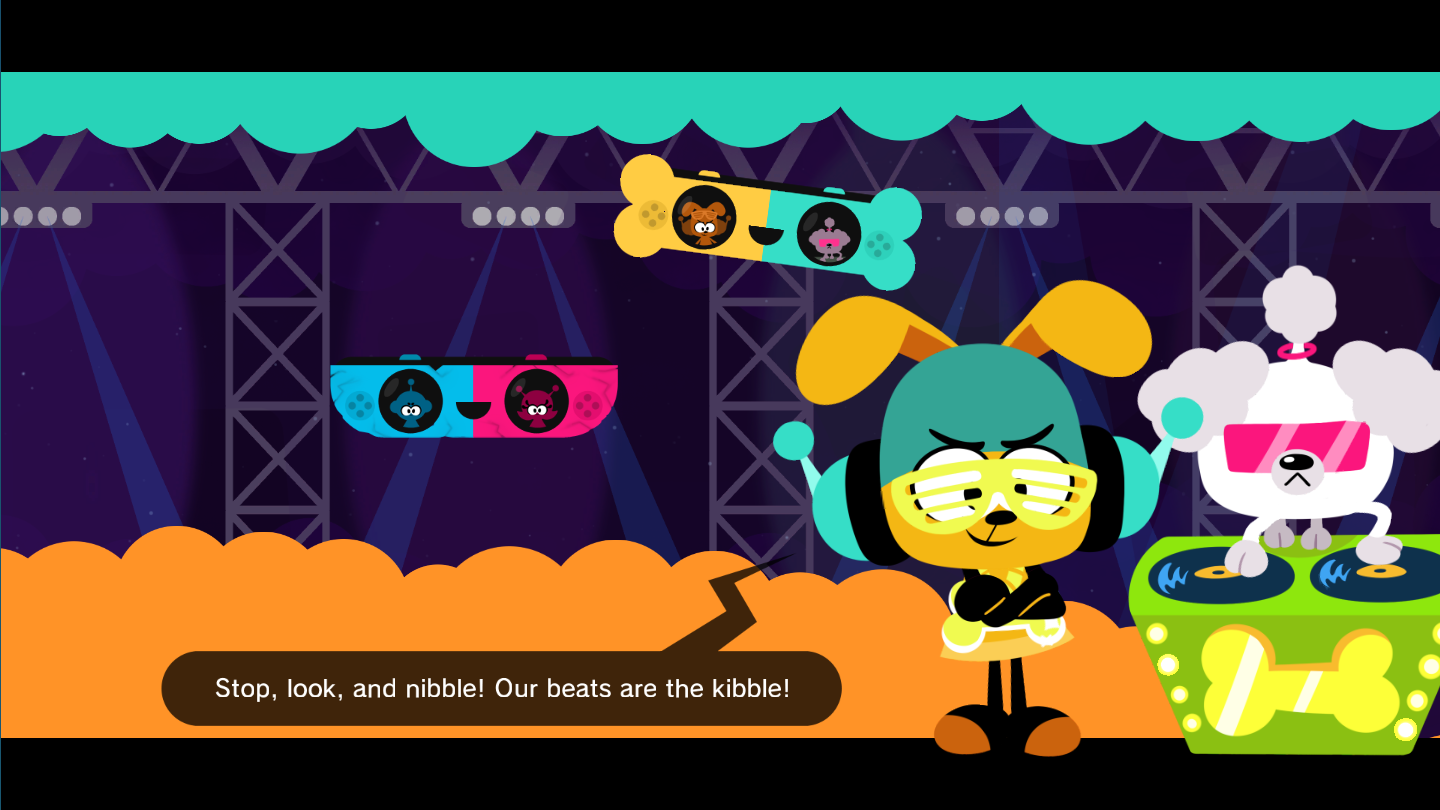 The basic structure of each health crisis is the same. The duo climb into their Capsule Ship (which looks like a single Joy-Con) and move in two dimensions through the inner workings of each organism, avoiding traps and obstacles, blasting harmful bacteria with the Vitamin Beam, and tending to each injured organ. It's like Fantastic Voyage by way of Nickelodeon.

Your level of enjoyment with this gameplay loop will hinge on whether you play solo or with a friend in couch co-op. Although Vitamin Connection is clearly designed around local co-op—everything from its title to its mascots to its love tester intermissions indicate a co-operative journey—the motion and IR controls that underpin the multiplayer experience ultimately make it inferior.  The system in which one player holds the Joy-Con vertically to move and shoot and the other holds the Joy-Con horizontally to rotate and aim is clever on paper but typically fussy and aggravating in reality. The grappling hook is especially frustrating; the player using the left Joy-Con extends the hook with the D-pad and then tilts the controller to aim it, while the player with the right Joy-Con uses the analog stick to close the hook. 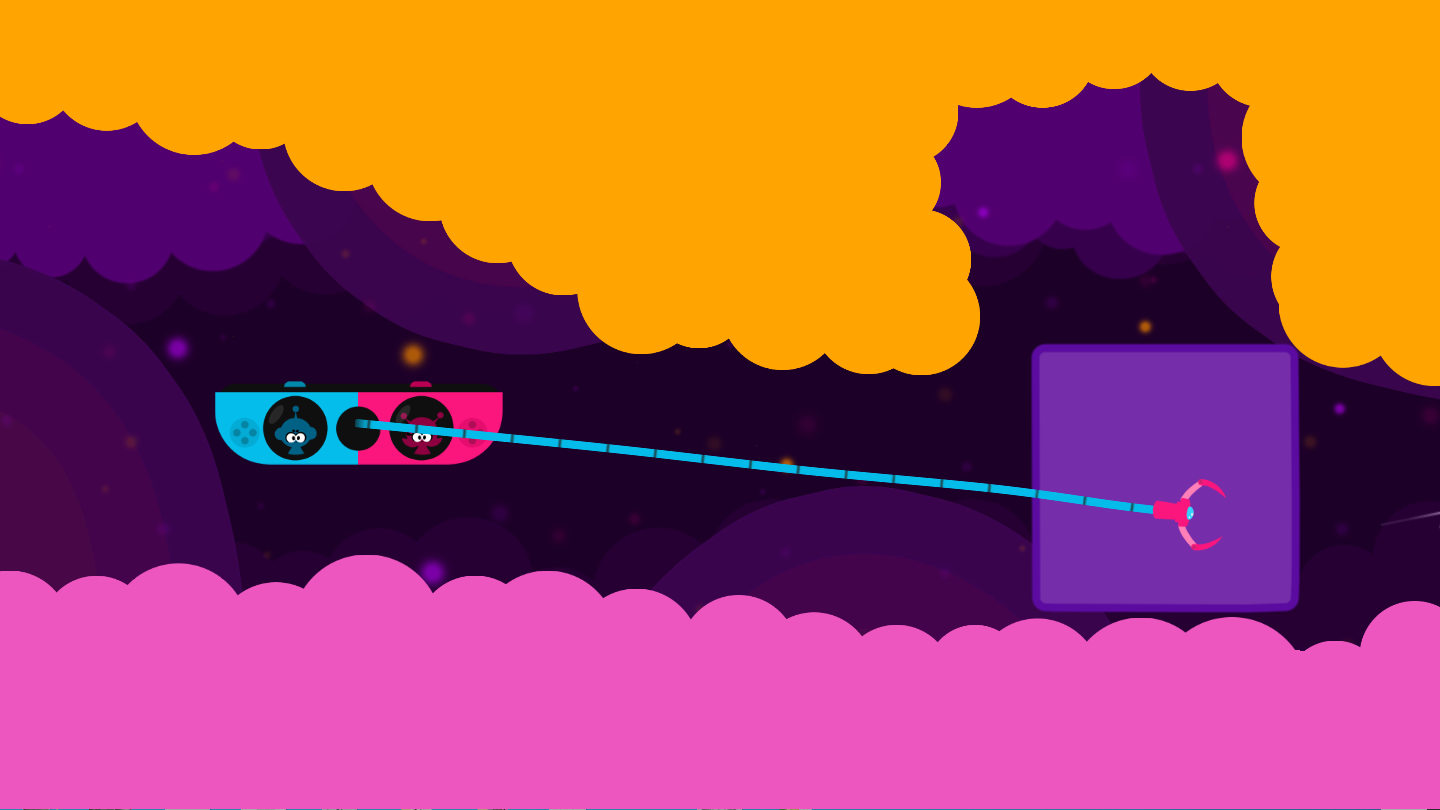 In single-player, conversely, you extend the hook with the R3 button and then use the right analog stick to direct it; it's smooth, seamless, and representative of a control scheme that's far less creative but far more functional. Playing solo, you'll stop fighting the controls and start enjoying yourself more.

You'll also appreciate the level designs and mechanics. Each of the game's six stages boasts a different layout with special hazards and enemies. Some include red and blue tendons that must be snapped with the correct side of the ship, while others throw at the player multiplying bacteria or Super Mario-esque fire bars. The only downside: hit a dead end or an essential organ and you'll need to backtrack to reach the previous juncture or exit. It's all very tedious. 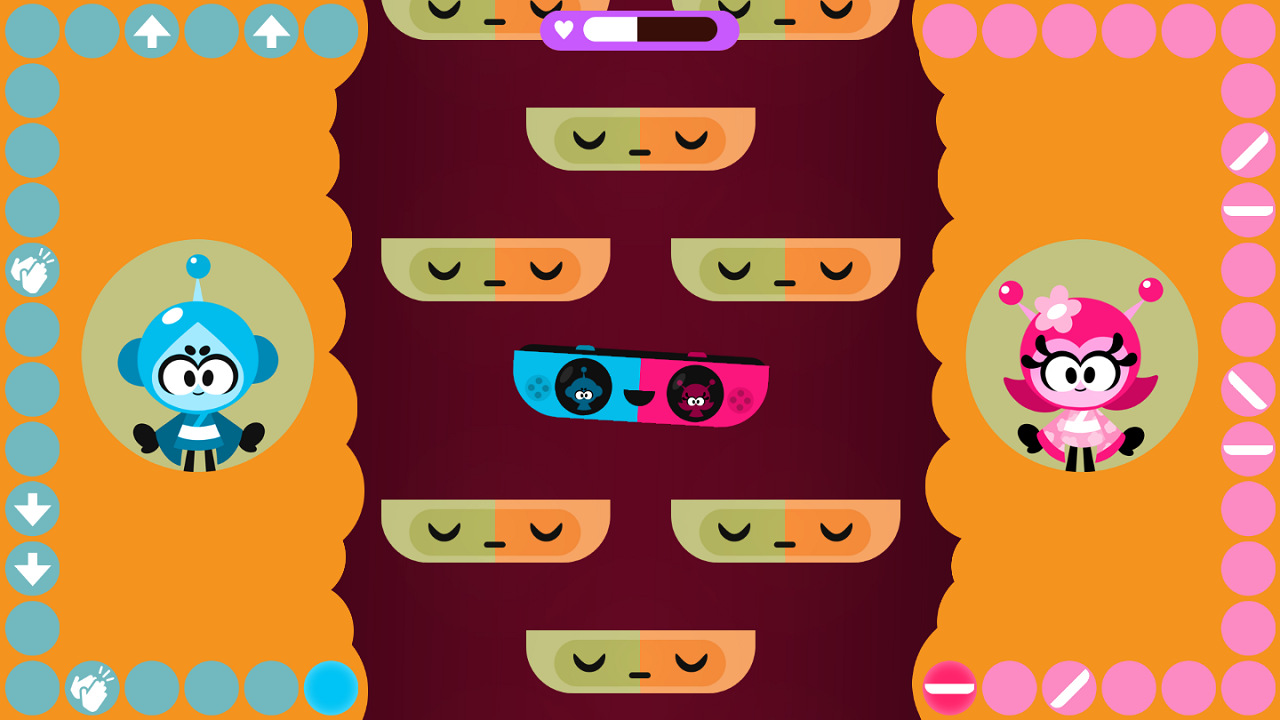 Every level features several mini-games, which commence with a trip to the heart, lungs, brain, or other point of interest. There's Dance Festival, a take on Simon Says; Grab Fever, a cross between Frogger and Claw Crane; Escaper, ostensibly inspired by Kuru Kuru Kururin; and Medicine Ball, which is essentially Pong. While some mini-games are better than others, in general they're an acceptable diversion. Still, the game would benefit from real boss battles. Only at the end of level six does developer WayForward produce such a boss fight, and it's a lot of fun.

While the main campaign is let down somewhat by tedious backtracking and a few so-so mini-games, it has a solid amount of side and post-game content. In each level are six ion stars; find them all and you'll unlock a related bonus level. Similarly, beat the game and you'll gain access to a New Game+ called "Pro Journey" featuring the anti-hero Pro-Biotic, a samurai bacterium (yes, really). This extra campaign fills in some narrative gaps and increases the overall difficulty. As you play through both campaigns you'll earn new mini-game variants you can then play at your leisure. 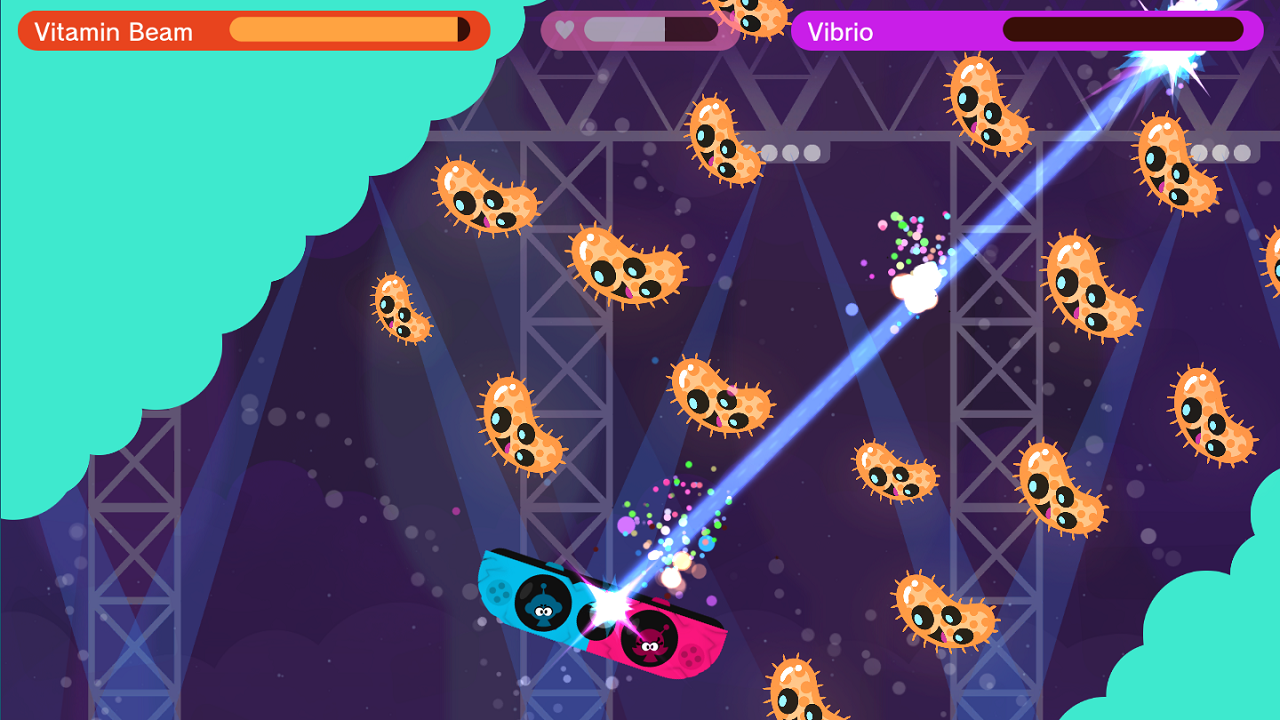 WayForward brings Vitamin Connection to life with some colorful, if somewhat cheap-looking, Saturday morning cartoon visuals. Everything is clean, bright, and inoffensive. Paired with the cartoon aesthetic is an eclectic soundtrack that ranges from hip hop to disco to J-pop. The epic choral music that plays at the beginning of level six is especially good.

Vitamin Connection is a great idea, in theory. It deploys hardware specific to the Switch hybrid in clever ways, and challenges two players to cooperate along the same mental wave length. Yet motion controls prove fussy and the co-op experience ends up inferior to its smoother solo counterpart. Still, this is a decent endeavor by one of the industry's premiere indie developers, thanks to colorful characters, interesting level layouts, unlockable content, and a varied soundtrack.

This review is based on a digital copy of Vitamin Connection for the NS, provided by the publisher.

I'm beginning to suspect VGChartz hates WayForward games. Their games seem to only get scores of 7 or less on this site.

To be fair, most of the scores on this site are 7s.

@LuccaCardoso1 What a bunch of snobs.