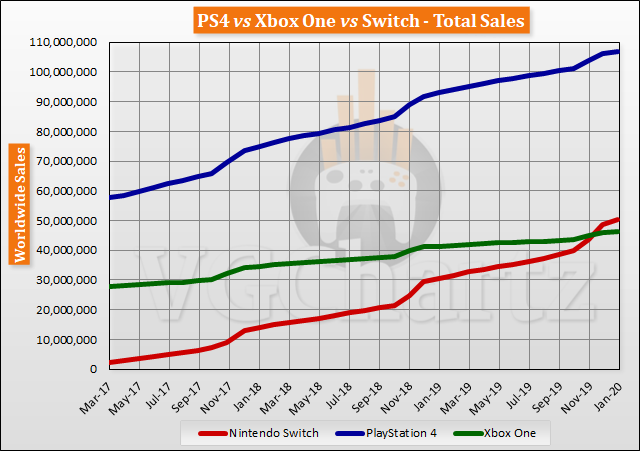 Looking at the total sales of the PlayStation 4, Xbox One, and Switch through January 2020 shows the Nintendo Switch has grown its lead over the Xbox One after surpassing it last month. The PS4 is also on track to top 110 million units sold sometime in May or June 2020. 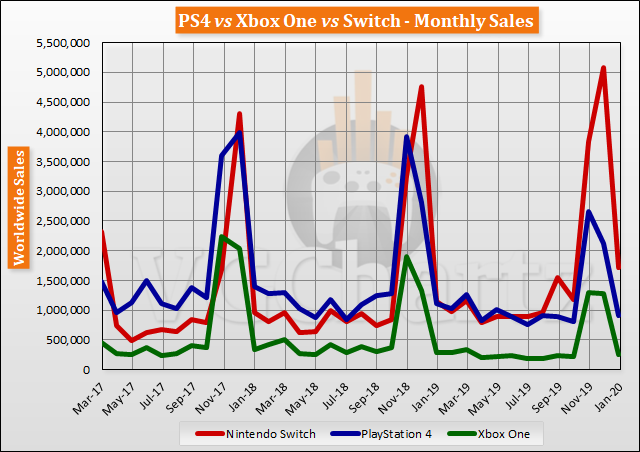 Looking at the marketshare, the Switch managed to achieve 59 percent of the monthly sales. The PlayStation 4 accounted for 32 percent of the consoles sold, and the Xbox One nine percent.

Is there an aligned launch chart?

Typo hunt:
“ The PlayStation 4 has a 52 percent market share, the Switch sits at 25 percent, and the Switch 23 percent.”

I wonder if the Animal Crossing hype is helping to drive Switch sales?