Review - Down in Bermuda (XOne)

Most of the time, at the start of any game review, I’ll do my best to create some intrigue; make it so the introductory paragraph keeps the rest of the review a mystery, to add some suspense as to whether the title is good or bad. I try to do this even for bad games, because even if I’m going to tear them to shreds, I’ll try to do them the courtesy of a gentle introduction to the massacre. However, for Down to Hell, I genuinely couldn’t be bothered. Putting tact into this introduction would be putting in more effort than the developers put into the entire game, and I refuse to show care for something that Red Dev quite clearly couldn’t. 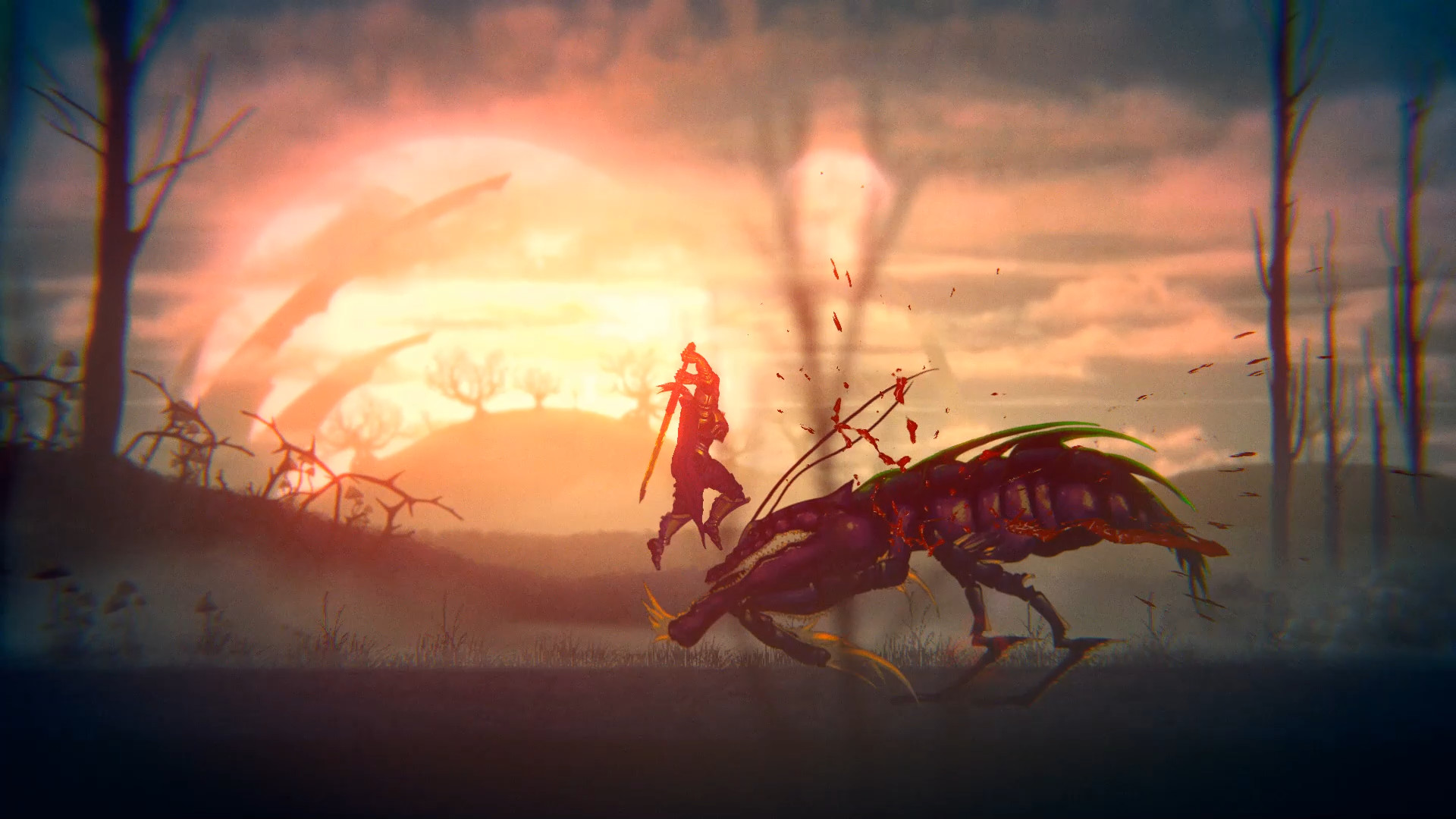 With the gauntlet thrown down and all hope for subtlety now out of the window, let’s back up for a moment and talk about the premise. The story, such as it is, involves a knight going on a trip to rescue some nameless girl who previously saved him at some point. Figuring out what’s going on beyond that isn’t easy in Down to Hell, however. Sometimes this is done deliberately, as there's a purposeful emphasis placed on maintaining a constant gameplay flow. Most of the narrative that is given is done via voice overs in the background while the game continues.

Other times, however, it’s the game’s own incompetence that stands in the way. The brief instances of dialogue that do exist in the game are often riddled with typos and grammatical errors, and sometimes the game even screws up and attributes dialogue lines to the wrong individuals. This is all compounded by virtually all of the writing, dialogue, and voiceovers being of such low quality that it’s honestly astounding that it was written by adults. Nearly everything reads like a 14 year old’s C grade fan-fiction featuring an original character. Action games aren’t generally known for particularly strong stories, but I haven’t seen one this incompetent since 2018’s comedy of errors, Garage.

Things are more tolerable on the gameplay front, if only slightly. Most of the game features the player running through 2D side-scrolling levels with some minimal platforming in-between combat sections. Combat can perhaps best be described as an attempt to implement the flashiness of Devil May Cry or Bayonetta with the stamina management of a Souls game. It’s an intriguing combination on the surface, as light attacks do less damage but drain no stamina, while heavy attacks deal more damage but do drain stamina. If everything described above functioned properly this might be an inoffensive enough action game, but unfortunately Down to Hell is riddled with technical problems. The game runs at 60 FPS most of the time, which is great. When the screen gets cluttered, however, it crashes hard, frequently dipping well below 30 FPS. I often found the game lagging at the worst possible moments, especially with bosses, with several obnoxious deaths coming as a result of inputs being eaten by frame drops. 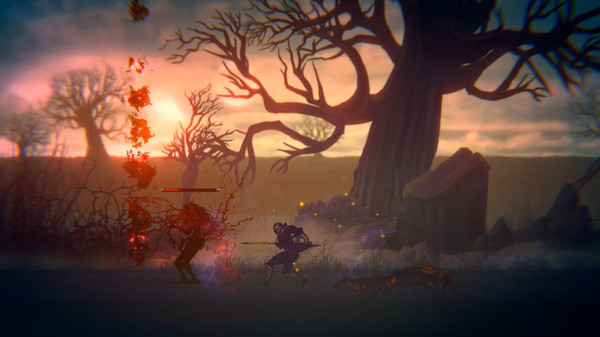 Speaking of those bosses, they’re probably the “highlights” of the game. While normal enemies are largely fodder that can be easily defeated so long as your finger is capable of pressing the launcher command, bosses do require you to take the time to learn movesets and attack with appropriate timing. Unfortunately, the aforementioned stamina management doesn’t really mesh well with a faster paced combat system. You only have enough stamina for one dodge for the vast majority of the game, which means preserving your entire bar is vitally important. This means the ideal strategy for nearly every boss is to mash light attack and then get out of dodge when they start winding up an attack animation. Still, between the frenetic pace and dashing in and out, there is some fun to be had here, at least when the game’s framerate isn’t imploding.

Shifting gears, the previous comparison of the writing to that of a 14 year old wasn’t made idly. Down to Hell’s music feels like it was ripped straight from a middle schooler’s iPod circa 2005. Virtually every battle theme in the game is really, really bad death metal. I’m admittedly not a musician, but I’m pretty sure there’s more to creating an OST than smashing some guitars together and screaming incomprehensible gibberish into a microphone. The soundtrack, combined with the sheer ridiculous edginess of the writing, creates the feel of a video game that is trying so desperately to be taken seriously and is simply going to be laughed at as a result. Conversely, the game is fine artistically. There's nothing amazing to look at here, but it isn't offensive either, which might be worth celebrating in and of itself given how bad the rest of the title is. 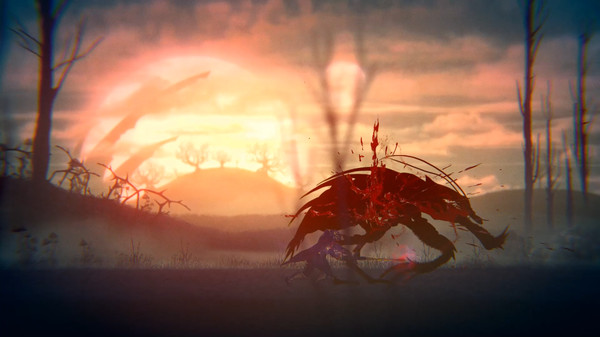 As with most action games, replay value is a theoretically important component, and another area in which Down to Hell comes up short. There are no additional difficulties, or new game+, or anything to provide extra incentive for replaying. Admittedly the game is already challenging, so a harder mode might not be the greatest incentive to replay, but there is nothing here to promote an extra trip through.

All of this brings me to my final conclusion - that Down to Hell is an ok-ish concept let down by some of the laziest, worst execution you’ll come across in video games. Perhaps, more than anything, this is a title in need of an outsider. Someone who could’ve come in from an independent perspective and explained to the devs just how silly this all felt, how they needed to spend time ensuring the framerate was consistent, and how they should spend more than five minutes proofreading their dialogue. I mean no exaggeration when I say this: from a tonal standpoint, between the characters, writing, and OST, I’m honestly reminded of Ride to Hell, and there are precious few comparisons to Ride to Hell that are favorable. 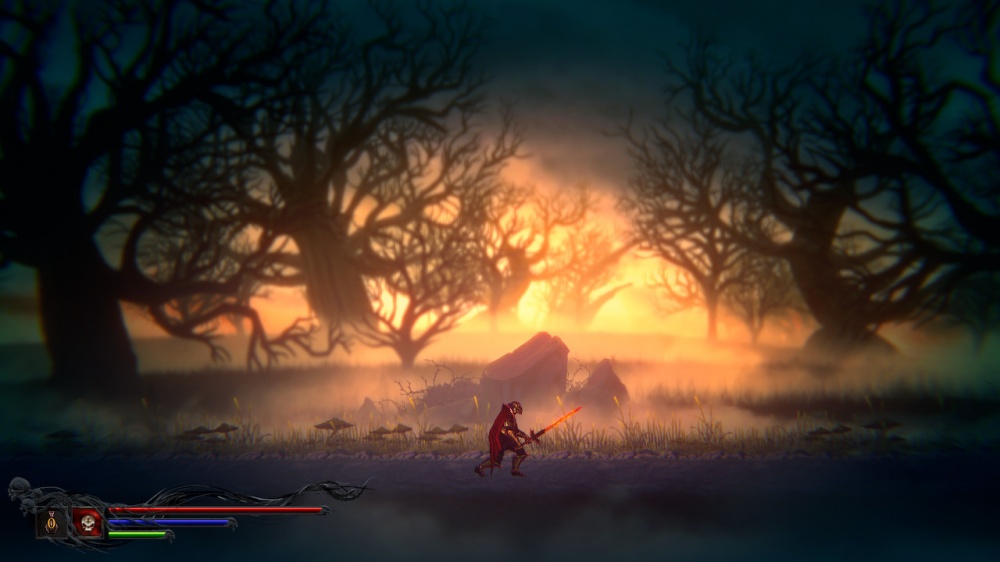 Action games had a strong year in 2019. Between Devil May Cry 5, Astral Chain, Sekiro, and more, there’s a bevy of fantastic titles to get invested in for fans of games with fast paced combat. Unfortunately, Down to Hell was not one of those games. The bugs, framerate issues, tonal problems, boring combat, and everything else are problems in their own right, but what truly strikes me is how lazy the developers were. If Red Dev Studio could somehow convince themselves that their game isn’t perfect, and take time away from liking their own YouTube videos to address the various tonal and technical issues that plague this game, I might be intrigued to see what they could do with this concept in the future, but as it stands this game is extremely low quality. Do not buy it. Banish it back to whatever forgotten abyss it crawled out of, presumably one filled with lots of framerate drops and accompanied by a terrible metal soundtrack at all times.

This review is based on a digital copy of Down to Hell for the NS, provided by the publisher. 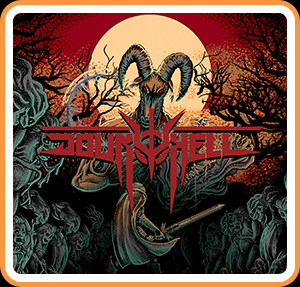