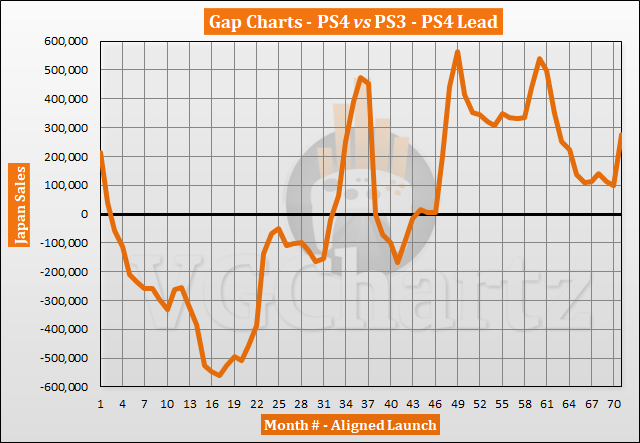 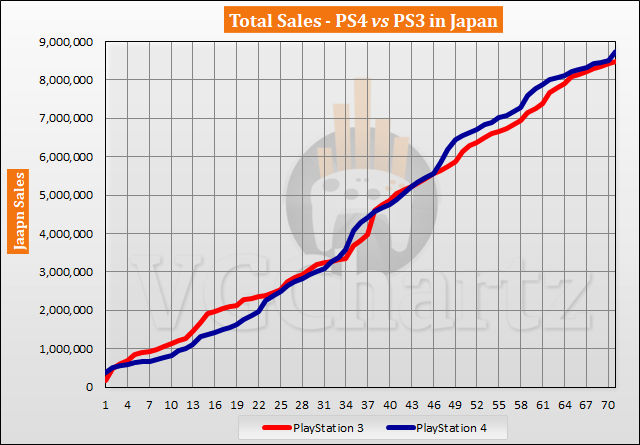 Holiday promotion caused the lead to grow again but ever since the promotion ended the hardware sales of the PS4 are in the gutter. Gonna be a close race to the finish line.

PS3 probably gonna catch up over the course of this year

Not that close, as ps4 will end around 1m behind.

ps4 will be sony's worst-selling desktop console in his homeland. An interesting fact considering the pace of ps4 in the rest of the world and that they have had to bring out a more powerful model to keep up with sales.

I would be happy if it reached 10 millions, doesn't even have to outsell the PS3.

Gap chart builds a head and shoulder pattern. Resistance at 400K is likely to hold. Curve should be go back to support neckline -200K to 0. Overall a bearish graph for PS4.