Former Nintendo of America president Reggie Fils-Aime speaking on the Present Value podcast revealed some interesting information. The Nintendo of America marketing team at one point were trying to change the Nintendo logo into a graffiti style when he first joined the company. However, he was able to talk them out of it. 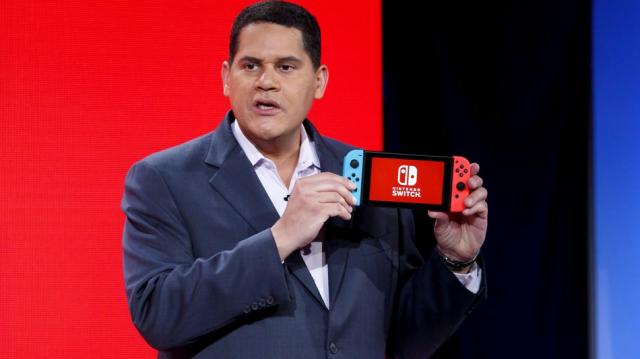 "From a branding standpoint, we had to be clear in what Nintendo as a brand stood for, as well as what the individual franchises stood for," said Reggie Fils-Aime. "I’ll give you an example. When I joined Nintendo, there was a sense of almost shame that Nintendo appealed to young consumers, and the marketing team at Nintendo of America started doing things with the logo – that classic Nintendo logo in an oval – they would put it into graffiti style, or they’d do different things to try and age up the logo, and I put a stop to that because that is not our brand.

"And what we needed to do was yes, appeal to a broad swatch of consumers, but we needed to do it based on what the brand stood for, and not doing it in some false way. Systemically, we went through and cleaned up the presentation of the brand, but we also created messaging coupled with content that really broadened the reach, broadened the appeal, and set the stage for all of the great products we would launch like Wii, like Wii Fit, and eventually the Nintendo Switch."

This makes sense. Change the library rather than just the logo. The Switch got games like Doom and Mortal Kombat and unlike Sony Nintendo are not censoring anime games, so I think they have succeeded in showing that they are an adult oriented platform.

Eh, I don't know about that. These days most gamers are adults and they have the biggest purchasing power.

I honestly wouldn't have cared either way. I do agree the library is more important though and Switch has been doing great there IMO at least.

Thank god that would've been the stupidest thing ever.

Remember when Mario had a tribal tatoo on his arm? I wonder what would have happened if that 2000's trend had continued...

Even during the "edgy" and oh-so 90s "Play It Loud!" ad campaign where Nintendo tried shedding some of their supposed "kiddie" image, they still retained the same logo design. I somehow think that trying the "90s attitude" thing in 2003 when Reggie joined would not have worked.

That image change resulted in abandoning the Nintendo name completely during Wii era and ended up in a complete confusion about target audience with Wii U.

They abandoned the Nintendo name in the Wii era?

I don't think they abandoned the Nintendo name with the Wii any more than they already had with the Gamecube.