Digital sales of of  Red Dead Redemption 2 more than doubled in December 2019 thanks to the release of the Steam version. Sales increased from 406,000 units in November to 1 million in December, according to a report from research firm SuperData.

"Red Dead Redemption 2 received a substantial boost after launching on Steam. Digital unit sales more than doubled from 406K in November to 1.0M in December," reads the SuperData report.

"The game became available on Steam on December 5, one month after releasing elsewhere including the Epic Games Store and Rockstar Games Launcher. This brief exclusivity window was advertised in advance, so many players simply waited a short period to play the game on their preferred launcher. " 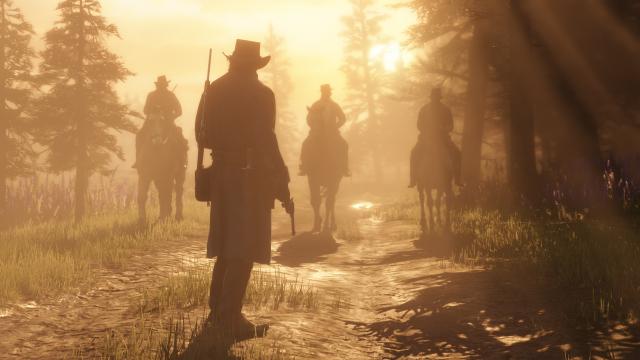 So basically it outsold all other games combined, but still only sold like 500k in the first month. Seem a lot smaller than console sales besides people in VGC saying PC SW sales are very big and relevant and why Sony should put all their games on PC.

Wow it's almost like games sell better when they work

Well it was a year later and sold at full price, compared to games like Halo MCC, sold at a cheaper price, and other games out there that are better value for money.

Not sure why it has to be compared to first month sales, especially when we don't have the data from EGS, let alone R* client either.

Actually 500k, since other games still sold on the month.