SEGA has released new information for Hatsune Miku: Project Diva MegaMix that details the Practice mode, the Gallery, and the controller configuration. 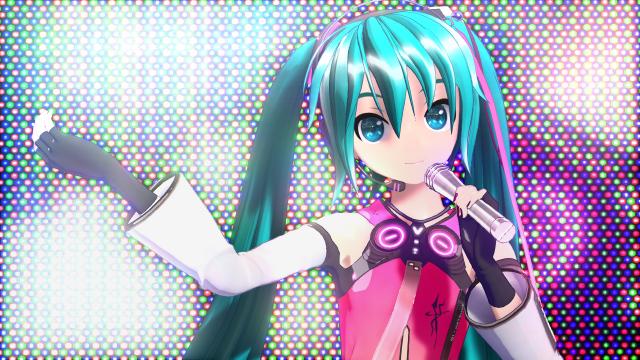 Read the information below:

Hatsune Miku: Project Diva MegaMix has a “Practice” function that allows you to practice rhythm game parts. By selecting “Practice Start” in the song selector, you can play any part from the rhythm game repeatedly. By using this feature, you can master the parts of a song that you are not good at.

In “Start Time Settings,” you can freely set the song’s practice start point. You can also adjust the song start point during gameplay, as well as restart with the press of a button.

In the “Gallery,” you can check results such as your scores and completion rate, as well as staff credits.

Check scores, completion rate, and more in your “Results” and “Stats.”

The series’ mainstay “Tutorial” feature returns for Hatsune Miku: Project Diva MegaMix. Learn at any time how to play with the unique slide and hold controls of “Arcade Mode,” as well as the basic controls of the new “Mix Mode.”

You can freely change the button settings used for the melody and slide icons that appear in Arcade Mode. You can even set the same icon to multiple buttons. Additionally, simultaneous pressing (two, three, or four presses) of the melody icon can be set to one button each (for example, pressing ZL can be set to be equivalent to pressing all four arrow buttons). This is useful for those who are not good at pressing buttons simultaneously.

For Mix Mode, you can turn “on” or “off” a support feature that allows you to earn points even while pressing buttons, as well as adjust settings like combo display position and cursor sensitivity.

Hatsune Miku: Project Diva MegaMix will launch for the Nintendo Switch in Japan on February 13, and in North America and Europe in 2020.