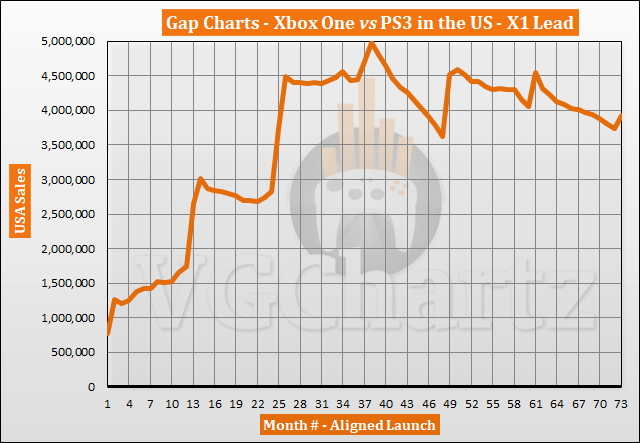 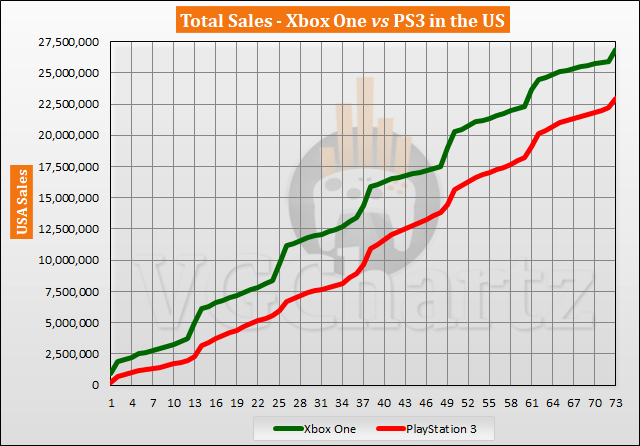 Soon xbox one will pass it, but please continue to make the chart just to see with how much xbox one lifetime will be ahead and also how close PS3 had come. The line in the first chart is going down with the next 2 years.

Well soon enough X1 will have outsold PS3 lifetime. WW X1 was a worse competitor but in USA it was a much better one than PS3. But even so people ignore that the infamous release of X1 didn't had such sustained effect when they corrected it in like 2-6 months while Sony wasn't able to fully correct the price and other mistakes of PS3 for the full life of the console.