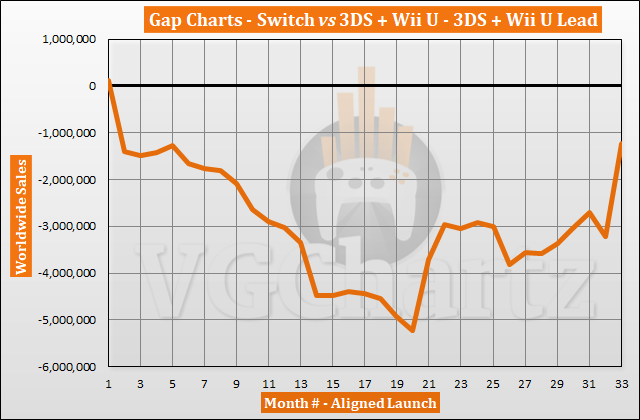 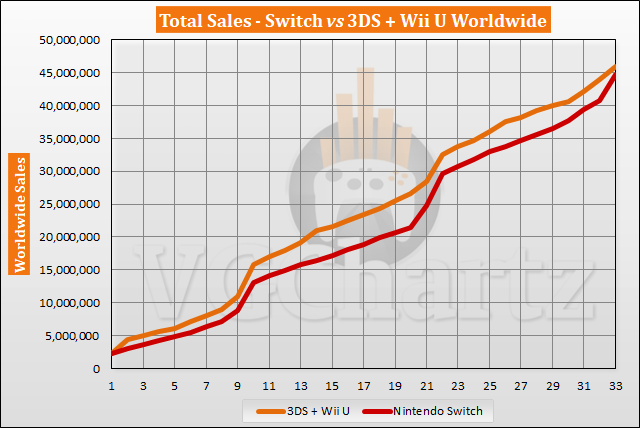 The 3DS launched in February 2011 (however, 3DS sales have been aligned to March 2011, since it only launched at the end of February in Japan), the Wii U launched in November 2012, and the Nintendo Switch launched worldwide in March 2017. The Switch has sold 44.77 million units, while the 3DS and Wii U have sold 46.01 million units during the same timeframe.

After next month Switch should be in front, and more importantly, stay in front from there on after. 3DS has it's last good year and Wii U sadly never took off, so beating their combined numbers for the next few years won't be difficult anymore.

In a few months this chart will put to rest the notion that it is just the same old Nintendo fans buying the Switch.

Nah, they'll find another reason to spin this around, like they always do