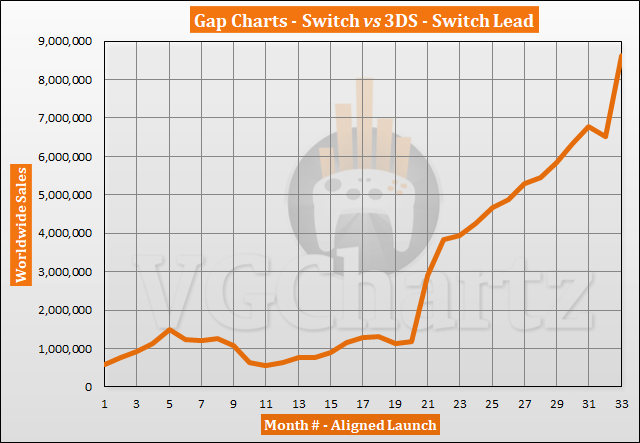 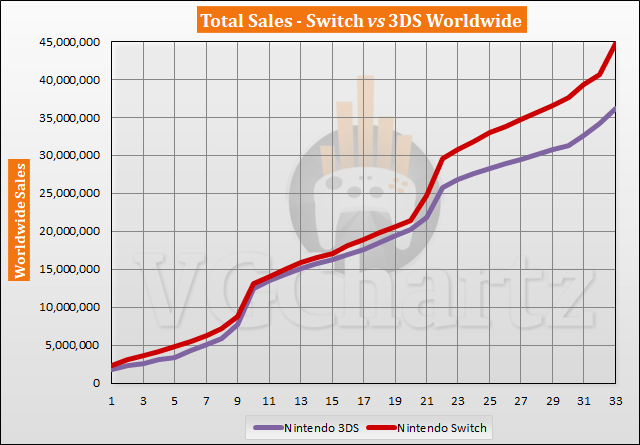 The 3DS launched in February 2011 (however, 3DS sales have been aligned to March 2011, since it only launched at the end of February in Japan), while the Nintendo Switch launched worldwide in March 2017. The Switch has sold 44.77 million units, while the 3DS sold 36.14 million units during the same timeframe.

Just what I was thinking, and waiting for somebody to come and say it's a fluke coming from the Lite or anything like that...

The Switch is running away with this one. It should get close to 3DS lifetime sales by the end of next year!

Woah, already a 8.6M lead?? Haven't expected this, to be honest. We still have Pokemon Sun/Moon on 3DS to come... but wow. The 3rd year of Switch was very strong.