Pokemon Sword and Shield (NS) has remained in first and second, respectively, on the French charts in week 47, 2019, according to SELL. Star Wars Jedi: Fallen Order (PS4) remains in third place. 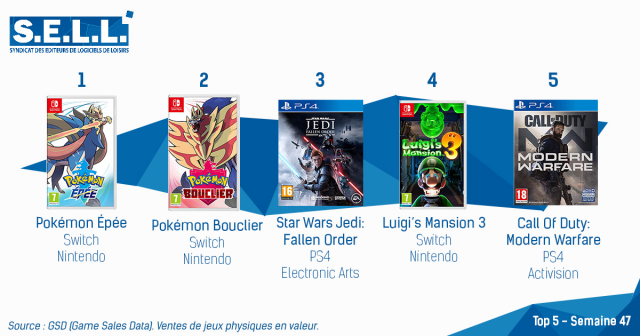