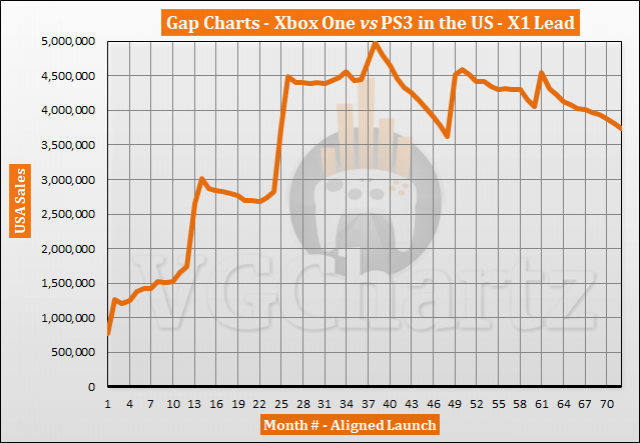 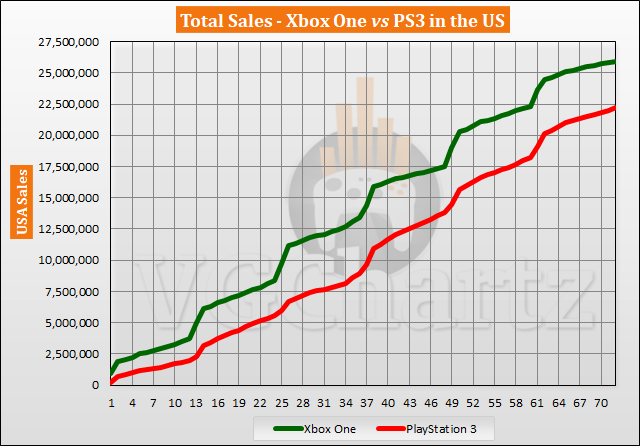 How the xbox brand lost market in its homeland, amazing.

Only 3.5 more millions for XBO to reach total PS3 sales in the US. But considering how much the console has slowed down, this might get tight in the end.

So the article text is wrong? "The PS3 sold 26.99 million units lifetime in the US. The Xbox One needs to sell another 1.05 million units to surpass the PS3."

Sorry, my bad, I mixed up the numbers of PS3 and XBO when I wrote that. Thx for pointing it out.

To the writers - Probably the xbox one will make those 1M sales in US, but please continue to do this chart to see just how barely xb1 will beat PS3 until the end of its lifetime.

Considering the Xbox brand has divided its sales appoach between its consoles and PC, id say its not doing too bad.

I suppose it could be worse, but it's still bad news for Xbox as a console brand that it's struggling so much to beat Sony's weakest US console performance. Remember, 360 was a few million shy of beating the PS2 in the US and becoming the best selling home console ever. From the perspective of an Xbox brand that's more focused on cross-platform services, it's not as big of a deal, but it's still not good news for the console brand.

It’s not a zero sum game. The Xbox occupies a competitive position. However, as of right now it does occupies a precarious position in gaming history and its important to get everything right for the Scarlett launch.