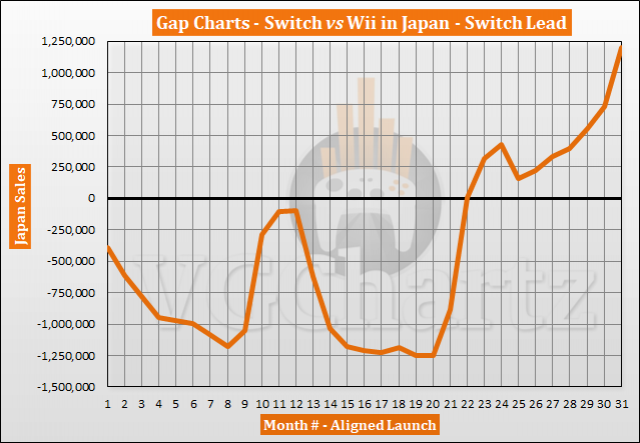 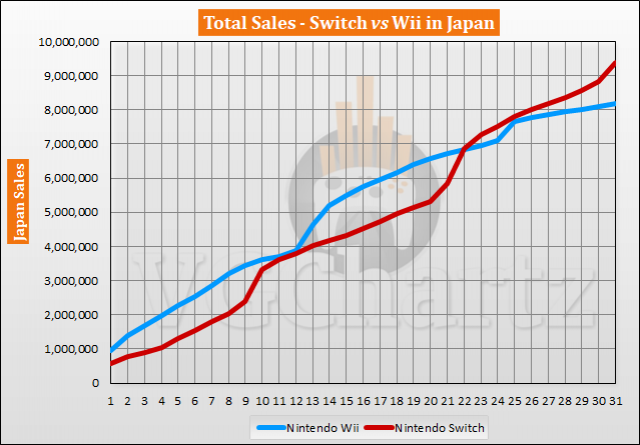 September 2019 is the 31st month that the Nintendo Switch has been available for. During the latest month the Switch increased its lead over the Wii by 467,444 units and by 2.46 million units in the last 12 months. The Switch is currently ahead of the Wii by 1.20 million units.

PS3 VS XBOX ONE in USA too.

Switch will overcome the 3ds if big N continues the support! Just like it does now and even better :)

I've heard people say that Japan is dead, or gone because of cell phones. I dont think so. It's over 10 million already, and that's right up there with the massive market that is America. I know that the us is at 14 million or so, and that's what make me impressed with how they're doing in Japan. The switch is carrying Japan all by itself.

The switch concept is such a good one. It also shows there is a market for tabletop consoles too, and that the switch truly has captured both markets. Proven by the fact that the mini didnt take sales away from the O.G. switch, but instead, added to them.

I really love the thing. It's by far my favorite system since the xbox 360. I've got well over 200 games for it and counting. Awesome device, with an amazing library of games.

It's over, Switch has the high ground.

What is the total of sold Wii in Japan ?

This is as through September but there was another article saying that as of November 3 the switch surpassed 10 million in Japan so the the lifetime gap will keep closing fast.

@siebensus4: At the rate the Switch is selling compared how fast the 3DS faltered, I'd say it's quite in the realm of possible. In fact, I expect the Switch to beat the 3DS even in Japan and get closer to 30M there.

How about Switch vs Wii in other regions, too, not just Japan?

Switch is a beast! WoW!

This was always inevitable. The Wii was a home console, and the Switch is portable, and in Japan handhelds and portability reign supreme.