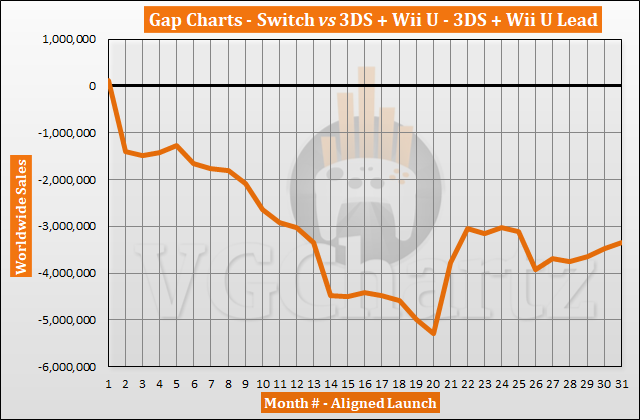 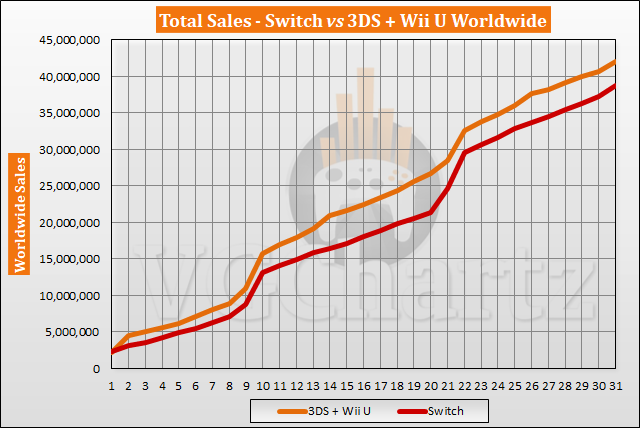 The 3DS launched in February 2011 (however, 3DS sales have been aligned to March 2011, since it only launched at the end of February in Japan), the Wii U launched in November 2012, and the Nintendo Switch launched worldwide in March 2017. The Switch has sold 38.75 million units, while the 3DS and Wii U have sold 42.10 million units during the same timeframe.

So this was the month of Monster Hunter 4 in Japan for 3DS, but it looks like Switch Lite overcame that. If Switch can overcome Pokemon X/Y's worldwide release next month, it should be smooth sailing from here to close the gap.

3DS will have a good holiday season, but Switch will nevertheless have a chance to close the gap between 0 and 1M.