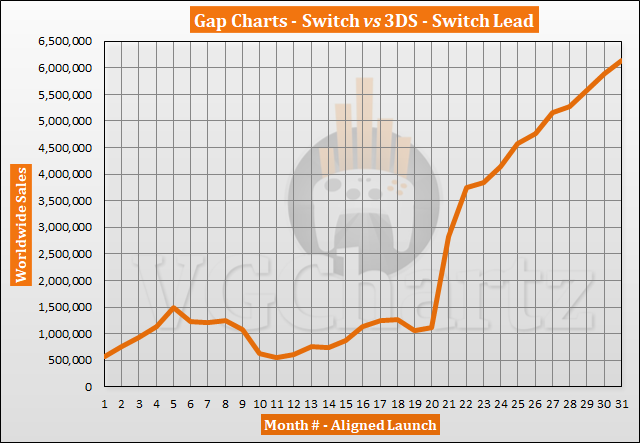 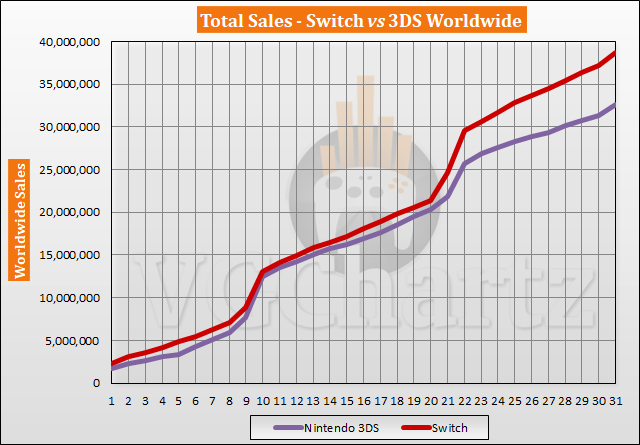 The 3DS launched in February 2011 (however, 3DS sales have been aligned to March 2011, since it only launched at the end of February in Japan), while the Nintendo Switch launched worldwide in March 2017. The Switch has sold 38.75 million units, while the 3DS sold 32.61 million units during the same timeframe.

I really would have thought the gap would have expanded more this month, what with the Lite's release being so successful. There was nothing at this point in the 3DS' lifespan. No major games, no hardware revisions, and next month has X/Y and the 2DS, so hopefully Switch has a really great holiday.

This was the month Monster Hunter 4 came out for 3DS, and that seemed to move a lot of units

Oh that explains it, I was only looking at US releases. Yeah Monster Hunter, that would do it.

The Switch losing Monster Hunter is the one thing that the 3DS has in its favour sales-wise. That and maybe the Youkai Watch sales when it was in its prime. Otherwise the Switch is going to consistently outsell the 3DS without difficulty.