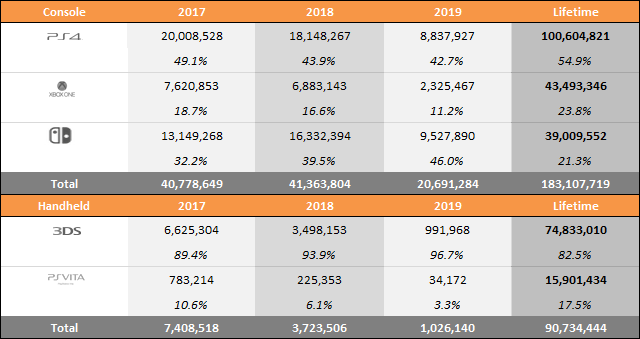 PS4 minus 1.7M, Switch plus 2M YoY. Total down 8%. Switch catches up the falling market.

Do you think that nintendo have killed their own handheld market with the switch or do we accept that the switch is a handheld and not a home console?