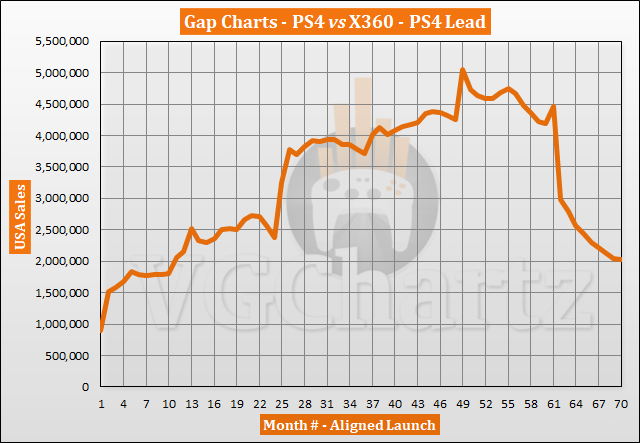 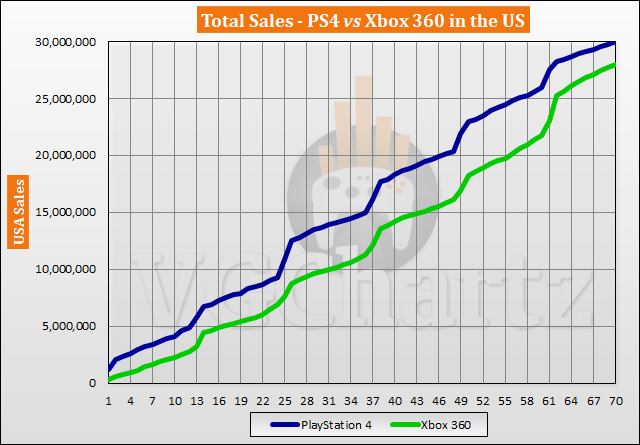 The Kinect really did wonders for the 360.

Considering this is US only, XBox360 may catch up to PS4 in the long run. XBox360 was the main platform in the US for generation 7.