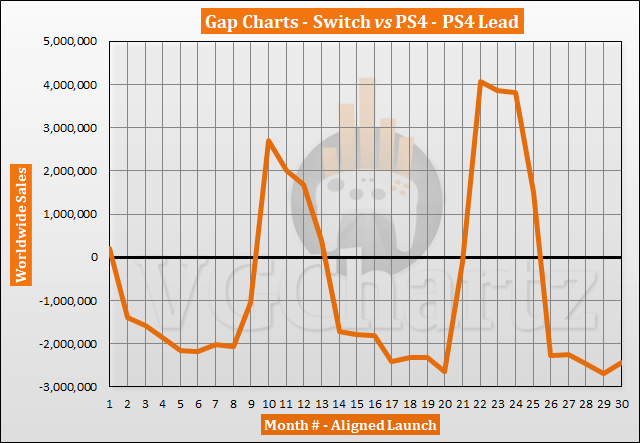 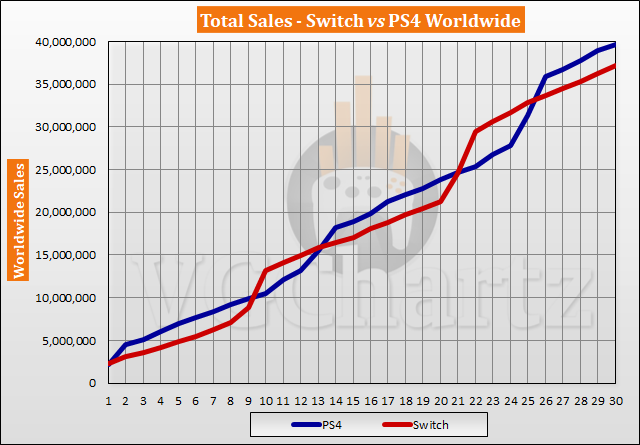 The graph and lead are about to flip again.

I really like this Chart, the Champ VS the New Challenger.

With the lite and Pokemon, can take Switch the lead for good? But PS4 is also closing in on it's peak so will get stronger momentum. This fight stays exciting.

I’m mainly waiting to see how the Switch performs after the launch of PS5. Being a portable will certainly help, but it’s bound to take some sort of hit.