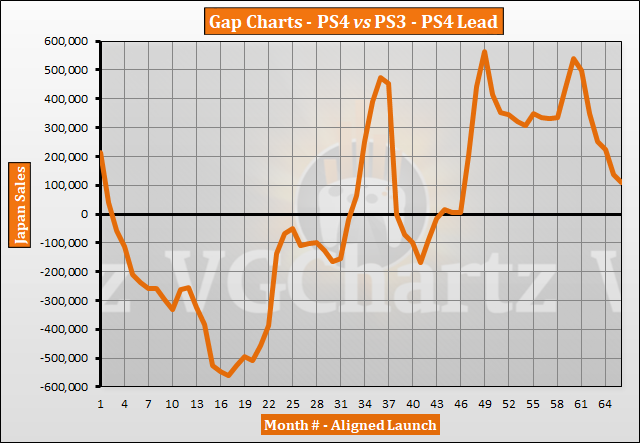 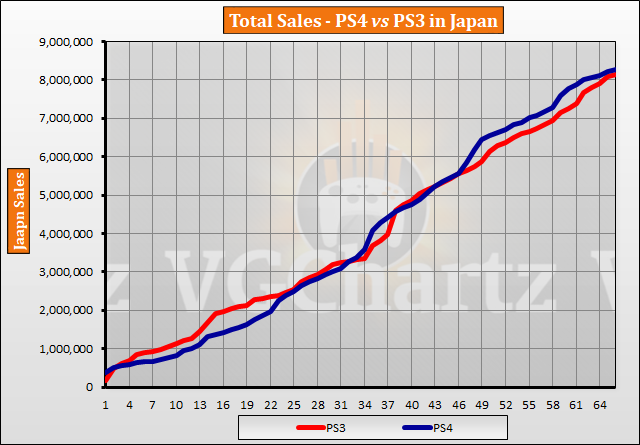 You know, when you consider the circumstances, the PS3 performed much better in Japan than the PS4 has. The PS4 had each of the following games that the PS3 DIDN'T have: - Dragon Quest. - Monster Hunter. - Kingdom Hearts. It has gotten more big, substantial support from Japanese developers and franchises than the PS3 had. Yet, despite this, it is clinging to a very slim and shrinking lead that could be gone very soon.

To Sony's credit, they at least managed to turn their ship around after absolutely disastrous first year sales, where it even got beaten by the likes of the Wii U, they will still manage to sell around 10M total in the end. And I agree that these big IP had quite some part in it, otherwise I'm sure it wouldn't have come close to the PS3 sales and only reached about 8M LT instead of around 10M

PS4 losing more and more of it's lead. PS3 will probably overtake the PS4 during it's next holiday season, never to look back again.

PS3 sold about 10.5M, so the PS4 would need to sell an additional 2.3M to reach that. But it's weekly sales have already dropped far below what the PS3 pulled at that time. PS4 is already 400k below last year's sales at this point and the way it sells, it will have a hard time to crack 1M sales this year. By comparison the PS3 sold 1.25M in it's 6th year and 870k in it's 7th. Unless Sony halves the price and brings a couple more heavy hitters, I don't see how it will be able to keep up with the PS3 anymore.

That's possible, but it depends on if we see a PS4 Super Slim for a very good price this year.

Unless it is at least 10k Yen cheaper, I'll have my doubts. PS3 was selling about 18k weekly by that point, while the PS4 barely sells above 10k, so I doubt a 5000 Yen pricecut would be enough outside of the first few weeks.

losing some weeks to PS3 doesn't mean 100% that is lost the whole race .. also most of the times the sales made until end of august are doubled until the end of the year .. or close to doubled .. so PS4 probably will make at least 1M maybe even more something close to 1.2M at least in japan for this year.

Close race, especially when you consider PS3 didn't get a mainline Monster Hunter and Dragon Quest like PS4 did.