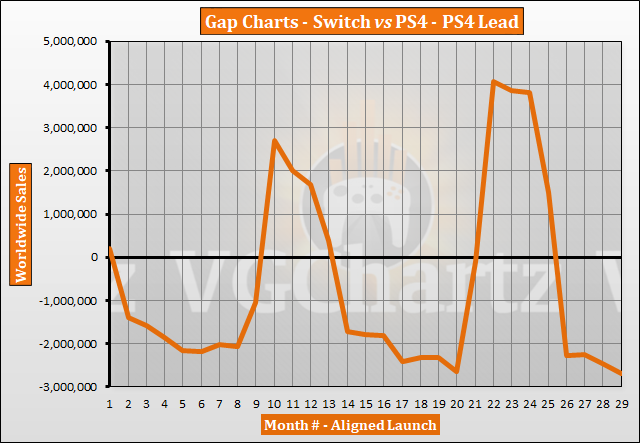 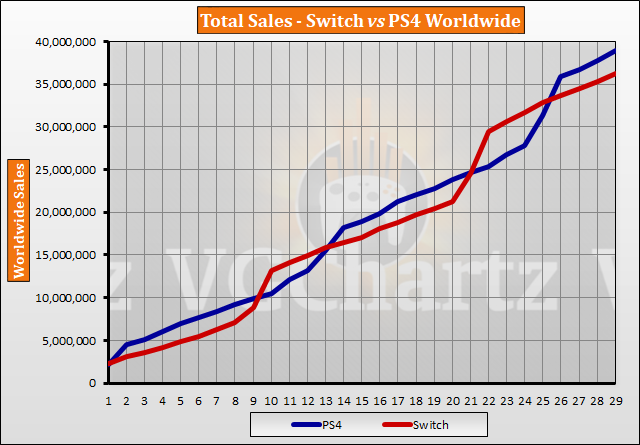 There's a possiblity with Pokemon and new hardware that Switch can keep the lead after this year's holidays...

I can't believe this fight is still going, and for the worldwide comparison too! Perhaps Switch will impress us more than we expect. Lite release will hopefully be very interesting.

The DNA chain continues. Will be interesting to see how the Lite affects things.

How much was ps4 costing by this timeframe? how much less than its initial price release? That would be interesting to know

On an aligned calendar, how much distant are the release of the PS4 Pro and the Switch Lite ? The Lite will come 5-6 months before the PS4 Pro ?

Yes, PS4 Pro was at month 37 (excluding Japan) while Switch Lite is at month 31.

Oh then this fight will be exciting for a long period.

True, especially considering the sales of the Pro model. As far as I know, they are around 10M as of now, something the Lite should achieve in a much shorter amount of time.