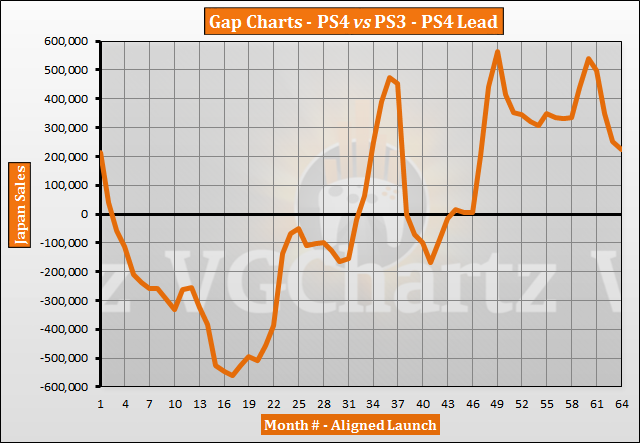 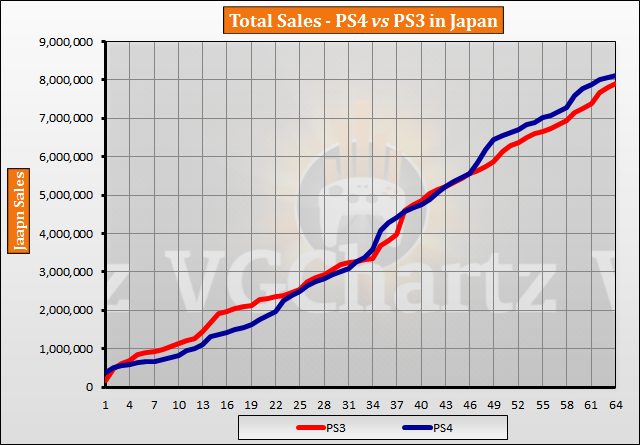 Sony should just release a low specced hand held device for Japan only.

So Sony's worst console had sales about as good as its best console?.. am I missing something?

Not even close. The Vita (Sony's worst console) is absolutely miles behind the PS2 (their best console)!

PS3 was already down to ~$199 (or whatever its yen equivalent is) by this point right? What's truly impressive about the PS4 is how long it has gone with just one price cut.

You might want to check and see what 25000 yen was in terms of US dollars in October 2012 when the super slim released.

That's not how it works, though. 25000 Yen are 25000 Yen for Japanese customers, independent of exchange rates. In fact, if you apply inflation, then the PS3 in Japan was still more expensive than the PS4 does.

Considering that this chart is specifically about Japan wouldn't you think it odd to only talk about the PS3's price in Europe and North America?

My sentence states "PS3 was already down to ~$199 (or whatever its yen equivalent is) by this point right?"

The yen equivelent of ~$199 at this time was around 25,000 yen at the time of the super slim's release in Japan in October 2012. Neither you nor Bofferbrauer2 have said anything that refutes that fact.

@Megiddo: I don't know the exact price of the PS3 back then, though I expect 30,000 Yen. But like I said, for customers, exchange rates are irrelevant. It was not down to 199 if the exchange rate equates to so much. Otherwise, you could say that the Switch launched at 240€ since that's what 30,000 Yen equated to back then and does now. You could also say that the PS4 is down to 200€ since that's what 25000 Yen equate to right now.