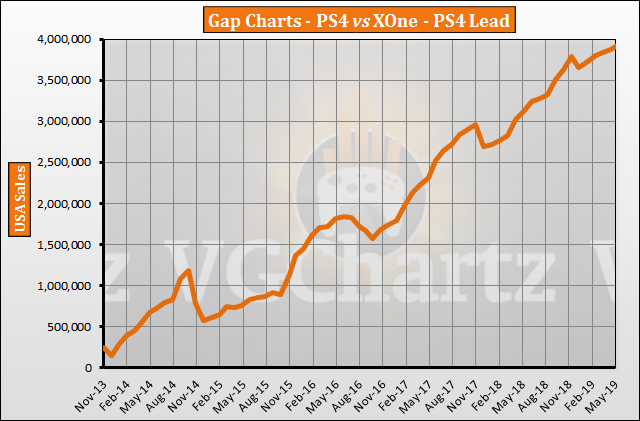 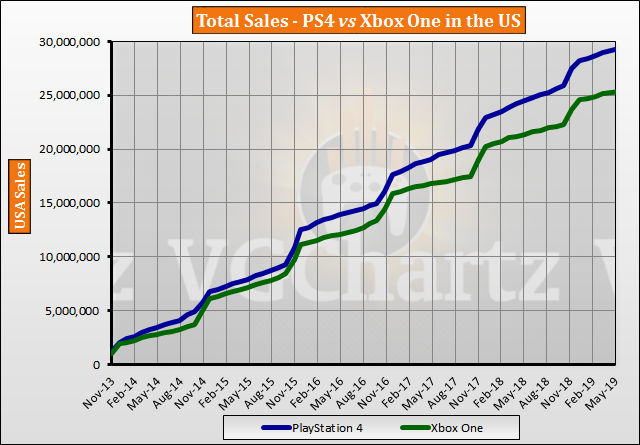 I’m pretty sure 360 wins that by a huge margin. PS4 is doing good, but 360 was a beast in the US, and hardware sales in the US seem pretty down this gen over last

Photoshopped a graph for you: https://i.imgur.com/JNMkmwR.png

Xbox 360 will probably go on to win though, it started slow and was around for a long time, 8 whole years until it's successor was launched. 360 had another 18m USA sales in it at this point.

But as of now, the PS4 hasn't dropped behind the 360 launch aligned in the USA at any point.

@DialgaMarine at least at this point PS4 is in the lead, that's why I said them to make this graph it would be interesting how the things are progressing..

I made a graph for you, but the comment still hasn't shown up yet because any comment with a link in it gets delayed by 1-3 hours. Now they've made an official one for you anyway xD. PS4 is winning currently.

@Barkley thank you, and I know the numbers I wanted just a normal chart every month like any other this is all :) there is other people interested in this too.