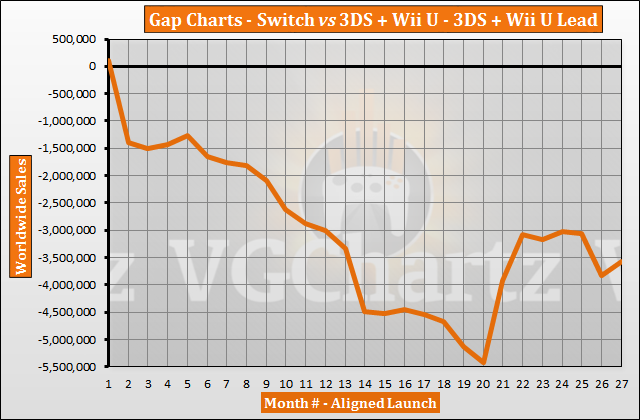 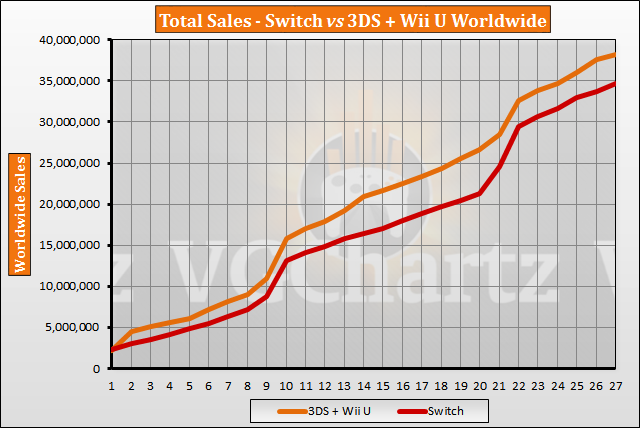 The 3DS launched in February 2011 (however, 3DS sales have been aligned to March 2011, since it only launched at the end of February in Japan), the Wii U launched in November 2012, and the Nintendo Switch launched worldwide in March 2017. The Switch has sold 34.67 million units, while the 3DS and Wii U have sold 38.24 million units during the same timeframe.

The Wii U's third holiday season is out of the way now, so Switch goes back to closing the gap.

It's insane to think that the Switch is competing neck and neck with the 3DS and Wii U combined. Will probably pass them both by the end of the year.