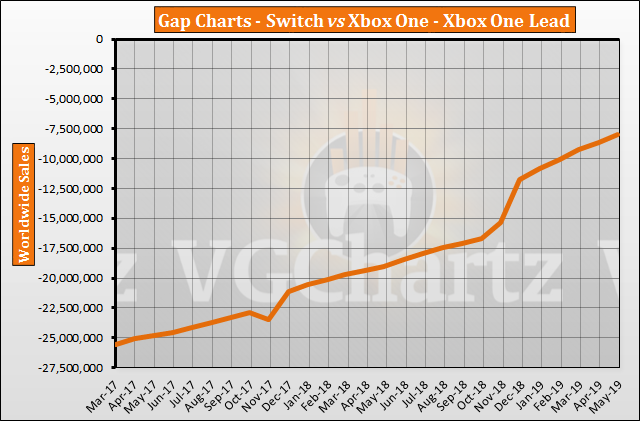 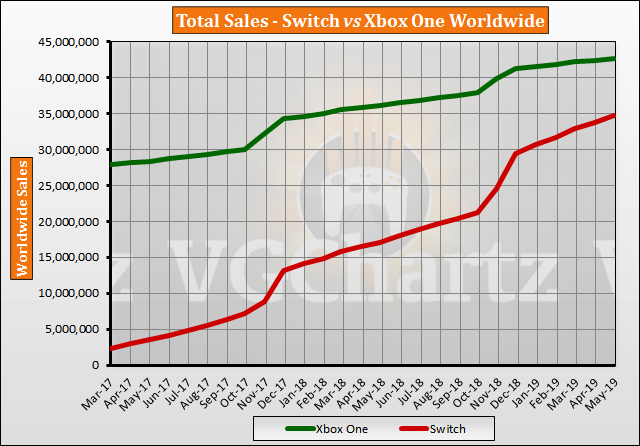 Switch recouped about 1M per month this year, which means that by the time the holiday season comes along, XBO will just barely be in front anymore by then, 1, 2M tops. Pokemon will gobble up what's left of the lead.

The average of close to 1m per month includes holiday sales, so your maths is wrong. The most recent month's gap change is ~700k, so that is a much more accurate basis for extrapolation. At this rate Switch is going to close the gap by ~4m by mid-November, leaving ~4m at the time of Pokémon`s launch.