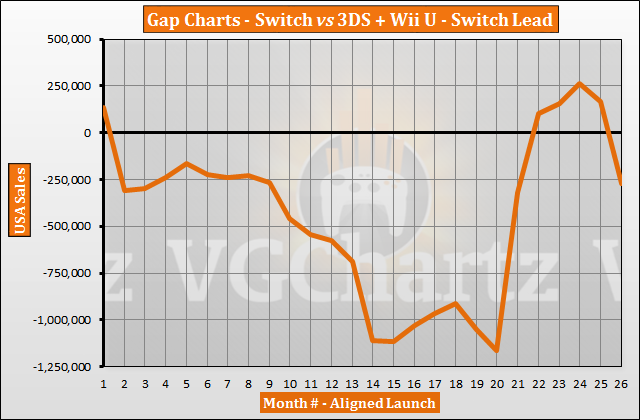 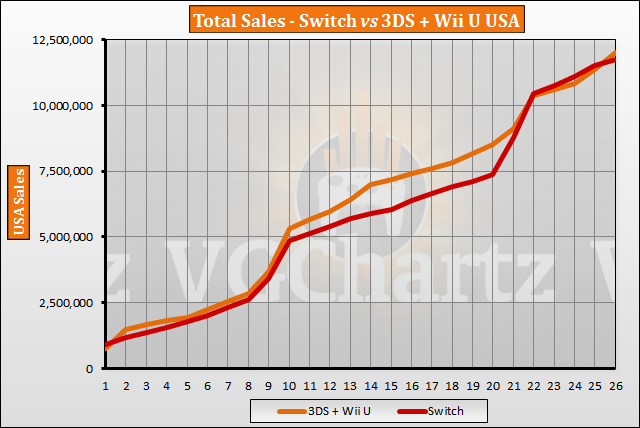 April 2019 is the 26th month that the Nintendo Switch has been available for in the US. During the latest month the gap grew in favor of the combined sales of the 3DS and Wii U by 436,693 units when compared to the sales of the Switch during the same timeframe. In the last 12 months the gap has grown in favor of the Switch by 838,045 units. The Switch is currently behind the 3DS and Wii U by 271,501 units.

The 2DS launched around the 30th month of the 3DS right? Looking at the numbers it sold 1.5 million in October 2013. So I think that's where we'll see the biggest gap. But Switch shouldn't take long to pass it up.

Can you also explain why switch should catch up? It hasn't worked in 26 months why should that change? There were also different 3DS models. And there were also good games on the 3Ds.

Because 2DS is the last hurrah in 3DS sales, next year it will drop hard in sales.

Also, that would be September for he Switch, which is teething with tons of quality games. In other words, the boost from the 2DS will be much smaller than it could have hoped.

Wow, very close duel right now. But that probably will be the last year where it's close, since the 3DS will tank next year