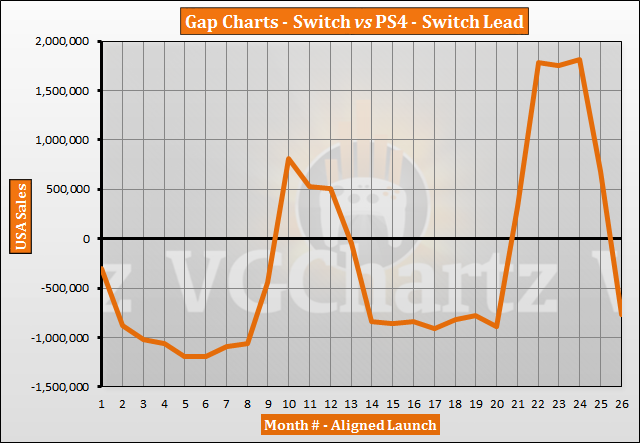 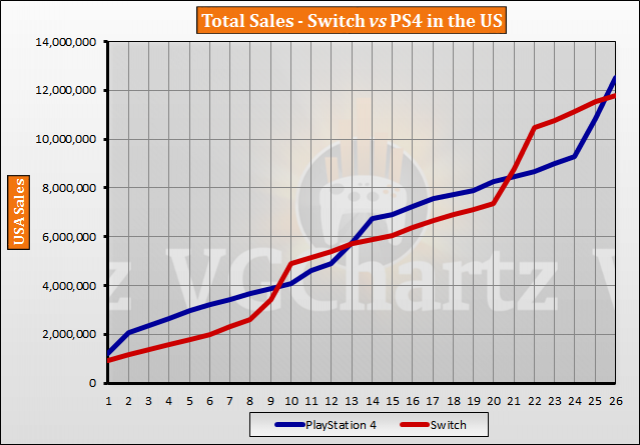 The 26th month on sale for the Nintendo Switch is April 2019, while for the PlayStation 4 it is December 2015.

What a roller coaster ride. I wonder if the peaks in Switch's lead will continue to get higher with 2019's Pokemon holiday season for Switch.

With a Zelda game in December to boot, I should add. Should do well in the US.

Will the double helix continue?

The remainder of the upcoming Fiscal Year for Nintendo is pretty strong, I think it's safe to say that it will.

All turns out to be an elaborate ARMS ad campaign.

@Ljink96: I was asking, because the PS4 peaked early in the US, 2015 was it's best year there, and dropped by 10%, or 550k in 2016. If the Switch will do better than last year, it could create an advantage the PS4 couldn't fully recover after it's holiday season.