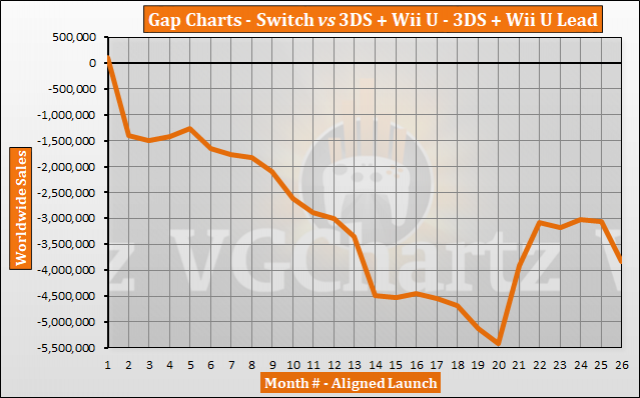 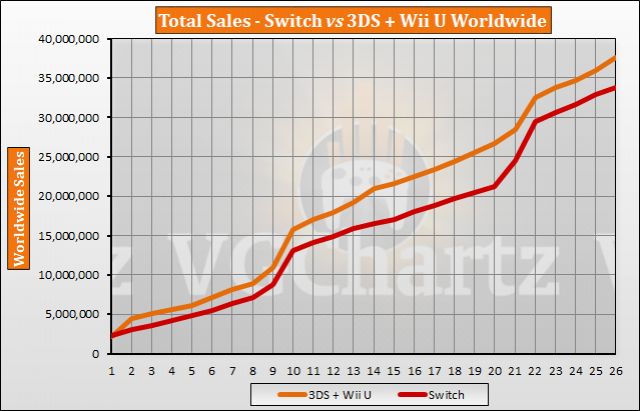 The 3DS launched in February 2011 (however, 3DS sales have been aligned to March 2011, since it only launched at the end of February in Japan), the Wii U launched in November 2012, and the Nintendo Switch launched worldwide in March 2017. The Switch has sold 33.77 million units, while the 3DS and Wii U have sold 37.60 million units during the same timeframe.

Switch is on track to outlast the 3DS and Wii U. Should overtake them between month 40-50 and then there's no looking back.

Isn't this the month for Wii U's Smash 4 December? It should all be downhill for Wii U from here. I think it sells like 3.5 million for the rest of its life after this.