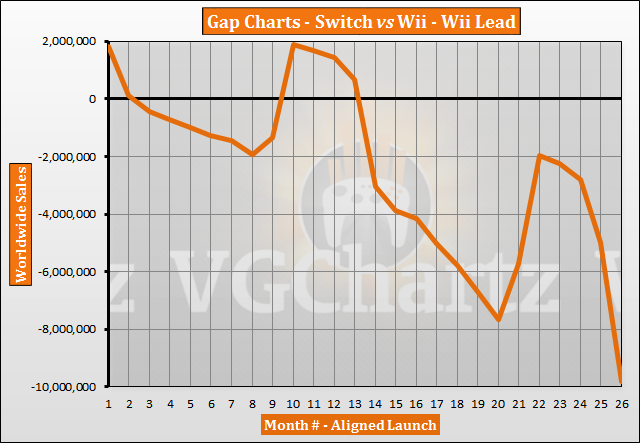 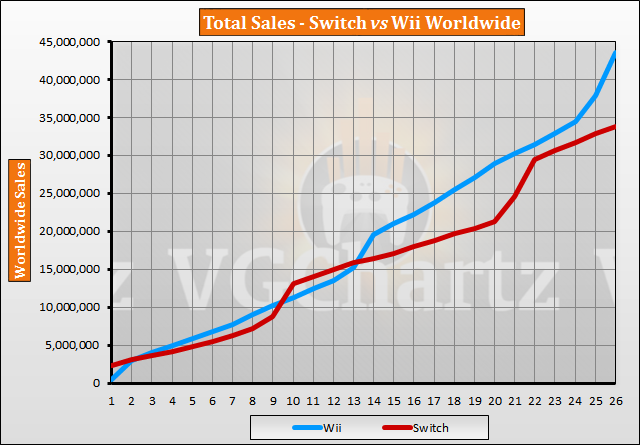 Damn the gap almost doubled in one month! This is gonna be a tough fight for the Switch for the next couple of years.

I do believe Switch will eventually overtake the Wii, but I agree that it is going to take a couple of years.

Agreed. The Switch should have far longer legs than the Wii and this is a marathon, not a sprint :P

Software sales now however are much better I think... without seeing numbers however :) Still Switch is a very big success!

How can they recover from this? -_-

Switch is holding relatively well all things considered. And this year it might not fall back much despite it being one of the two top years of the Wii.