Welcome to the latest edition of the ‘Switch bs PS4 vs Xbox One Worldwide’ article. This series compares the monthly and lifetime retail sales of the three main consoles - the PlayStation 4, Xbox One, and Switch. 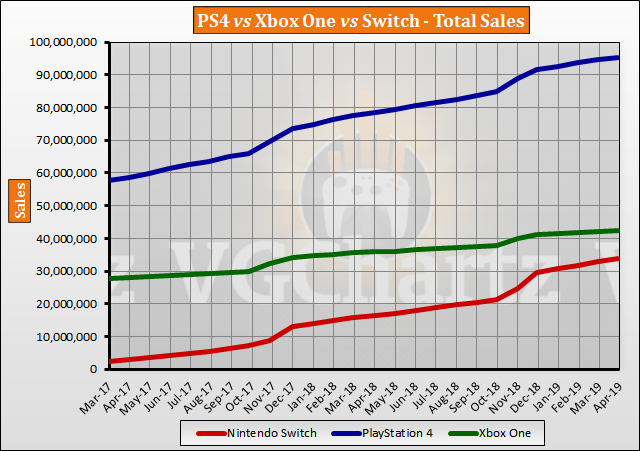 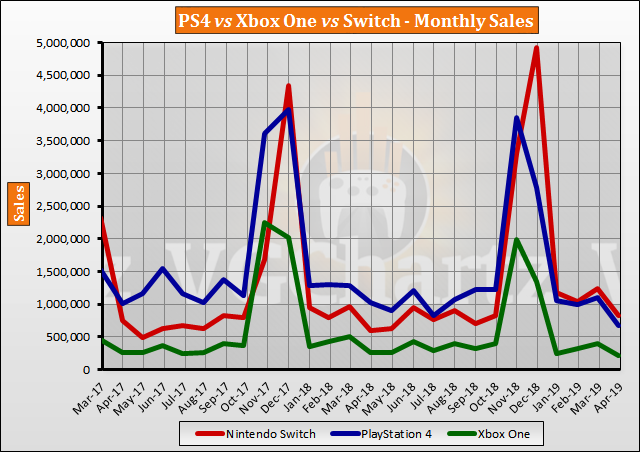 Taking a look at the marketshare, the Switch managed to achieve 49 percent. The PlayStation 4 accounted for 39 percent of the consoles sold, and the Xbox One just 12 percent.

Well XBO is hanging on to second place a bit longer than I thought. Last year I was thinking Switch would pass it this summer, now it looks like it won't pass it until the holiday season.