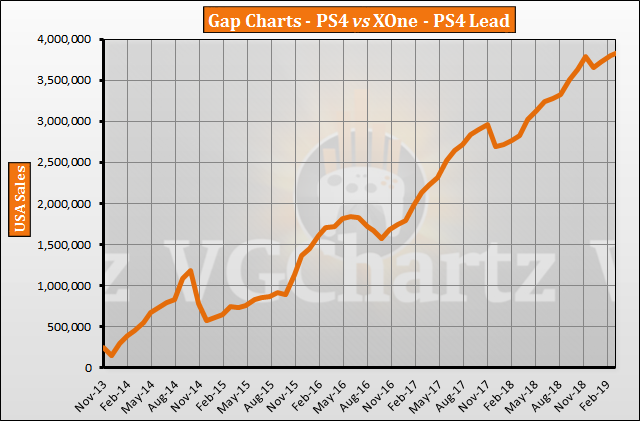 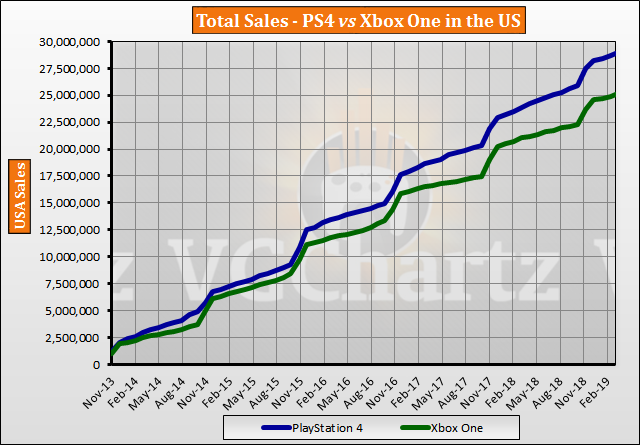 How about an PS4 vs Switch in the US chart?

This battle is clearly lost. Hope Microsoft can regain some ground in their strongest market in the next gen.