Days Gone has debuted at the top on the UK charts, according to GfK/UKIE for the week ending April 27. The game sold 38.8 percent less than Horizon: Zero Dawn did in 2017. However, the game did have the biggest launch in 2019. 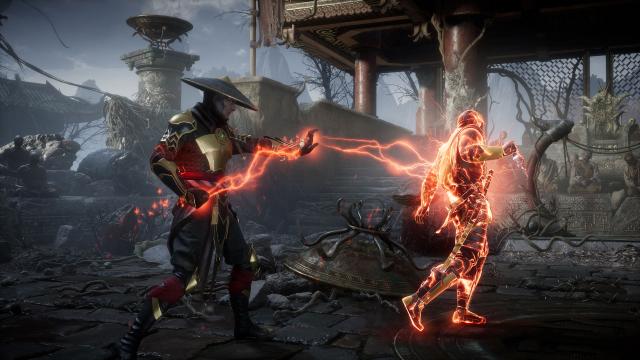 So Days Gone sold better than ALL versions of MK11 combined? That's actually rather impressive considering the reviews and such... hope it has a strong first week worldwide too.

Nice, I didn't expected this.

Good. Screw MK11. They worked their dev team to death with 80 hours workweeks, and than have the gall to ask for MTX money.

That's awesome! I honestly didnt expect that, especially with the mediocre reviews Days Gone has been getting. But as good as MK looks and plays I guess the interest for it really isn't as strong? I personally thought MK11 looked way more exciting than it has in years. Congrats to Days Gone! I'm sure its more fun then the reviews say as well. Watched some streams and it looks quite enjoyable.

Pretty impressive considering MK11 came out on all three systems and PC.

Surprised people are surprised. SONY did have an embargo on the game until release, regardless its was going to have numbers typical of a AAA SONY exclusive on that virtue alone.

May I make a suggestion. Close this site down. It’s gone from educational, informative to completely pointless. STOP POSTING POINTLESS CHARTS. If they aren’t backed up by individual sales figures or console specific instead of merged then there really is no point. No point in the charts and no point in this site.

Best launch in 2019 even with some quality releases this year already. Well...

Both my local stores have sold out.

Still suprised to see FH4 in the charts