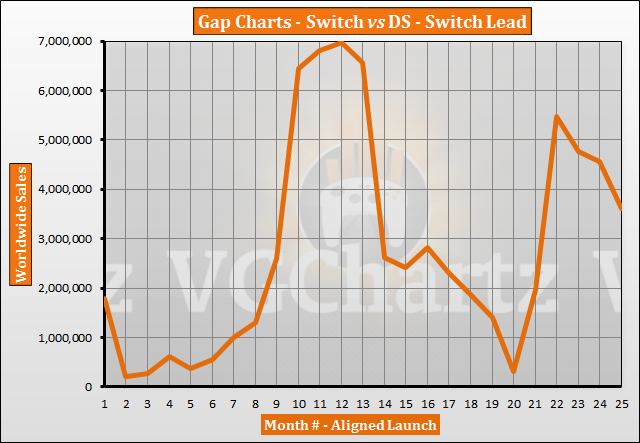 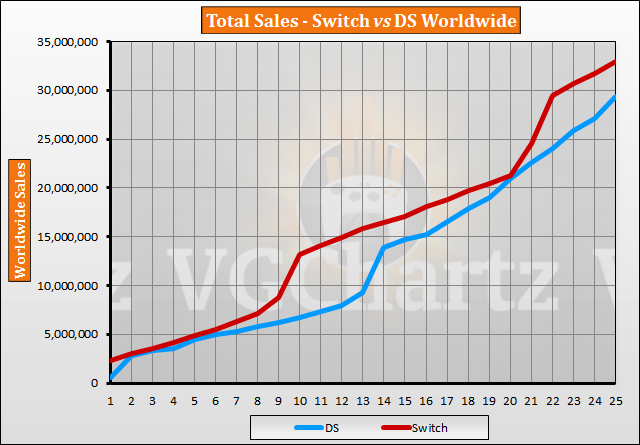 March 2019 is the 25th month that the Nintendo Switch has been available for. During the latest month the gap grew in favor of the DS by 942,664 units when compared to the Switch during the same timeframe. In the last 12 months the DS has caught up by 2.96 million units. The Switch is currently ahead of the DS by 3.62 million units.

Switch has 1, maybe 2 months left before it falls behind the DS, probably forever.

Yeah, DS now enters it's holiday season, and with the DSLite, it will be a slaughtering - nothing could keep up to DS lite sales.

It'll be interesting to watch the slaughtering happen, but unless Switch does something very unexpected saleswise in the future, this chart will become very boring very soon after this DS holiday season.