Anthem despite some controversy has debuted at the top of many of the gaming charts around the world, including the US, UK, France, Japan, Australia, New Zealand, and Switzerland.

Research firm SuperData is reporting the game also earned over $100 million in digital revenue at launch. It was the best-selling game on consoles in February, with an above average digital download rate. In-game spending reached $3.5 million across the PlayStation 4 and Xbox One. 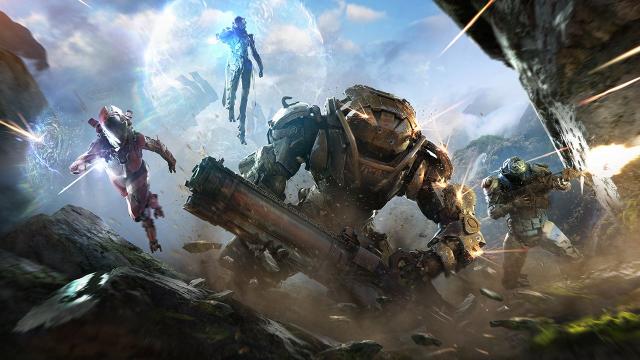 Anthem is available now for the PlayStation 4, Xbox One and Windows PC.

The question is, how much did the game cost and how much will it make in the longrun. 100 million is nothing to scoff at, but I doubt that the development/marketing/distribution costs for Anthem were sub 200 milion or so. Hell I would not be surprised if development costs reached high double digit marks...

Not surprised, as much as many want to hate on the game, the game is actually selling quite well.

To who? EA has #'s and if they aren't reached they will close it down. MA:A sold well and that didn't matter.

Now, after the report of 7 years development, I don't think this will be nearly enough to cover the expenses, especially not as a live service which needs constant updates.

Bioware lives to fight another day.

THIS is why microtransactions haven't and will not go anywhere! No matter how much we complain and refuse to purchase these games, no matter how much bad press, there's always going to be those that just don't care (which is fine, it's your money) but these companies will prioritize microtransactions, and will develop games around them first before worrying about story, gameplay, fairness, etc.

Don't know why you got voted down, it's true what you're saying.