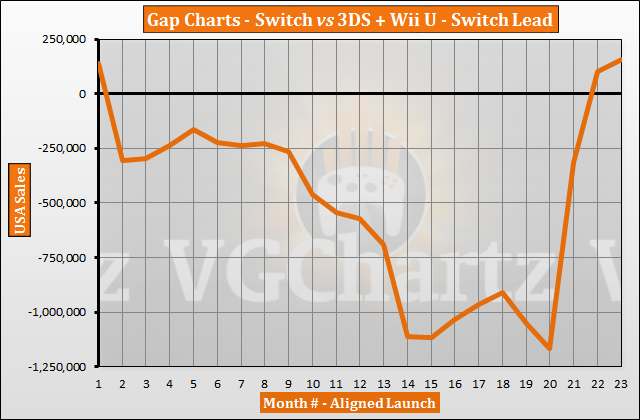 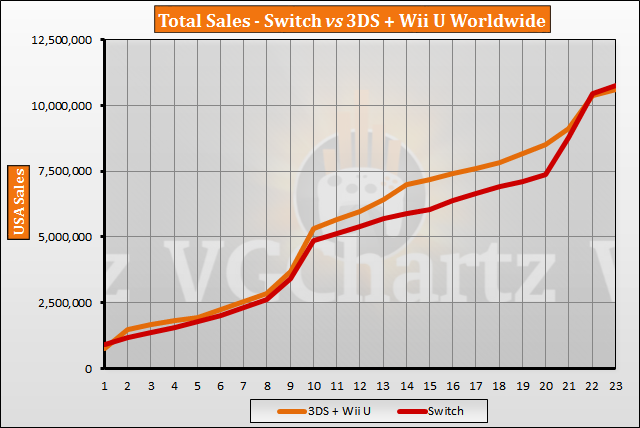 Knowing the 3DS is going on a decline at that point, I'm not afraid to say that the Switch we'll win this "fight" comfortably.

So the Switch is beating the 3DS and Wii U combined? Impressive.

If you look at the really big "valley" in the graph it is basically a 12 month period. Switch had a dry spell of big games between Mario Odyssey to Pokemon Let's Go that lasted basically lasted 12 months. Now it is past that and the gap between Switch and 3DS + Wii U is going to keep growing in Switch's favor.