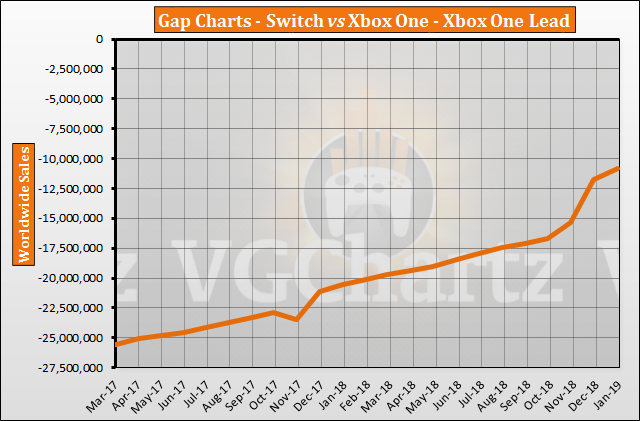 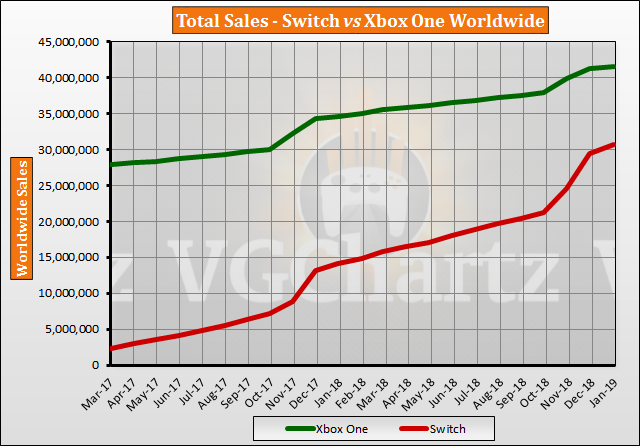 Good thing they inversed the chart to make it more interesting, we're basically now on a countdown to see how fast the NS can surpass the Xbone ...

Catching up fast. If I could keep the cheap X1s in stock I could sell more.