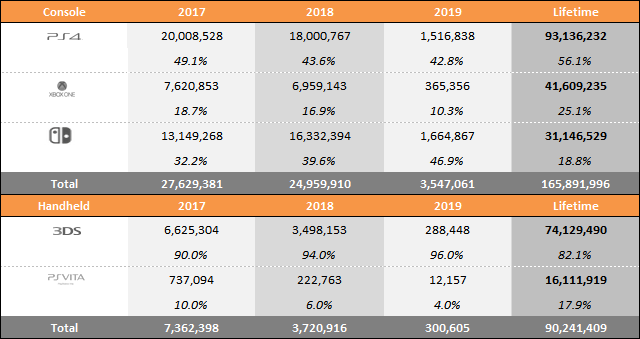 So far, Switch is the only Winner.

The switch numbers definitely have a problem.

You are right. No idea how I missed that. Let me go fix that.

Thank you for pointing that out. First time I have made that mistake. Numbers should be all good now.

Showing the market share of 3DS vs Vita is just cruel at this point.