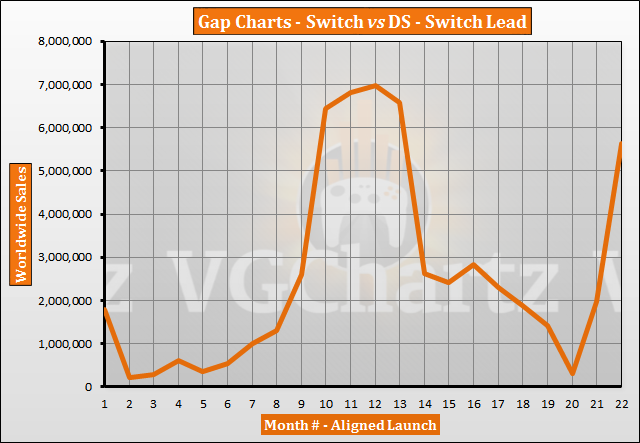 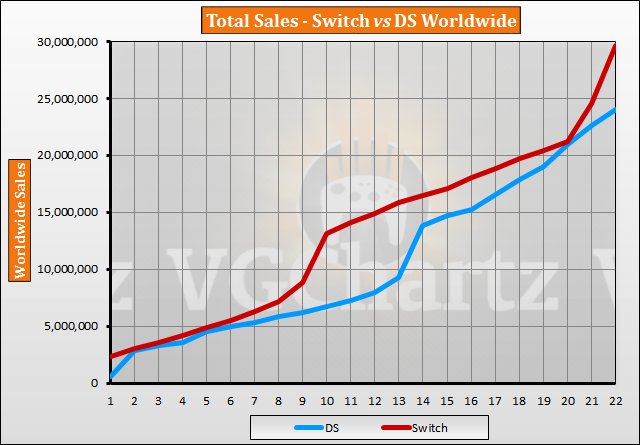 December 2018 is the 22nd month that the Nintendo Switch has been available for. During the latest month the gap grew in favor of the Switch by 3.67 million units when compared to the Switch during the same timeframe. In the last 12 months the DS has caught up by 816,636 units. The Switch is currently ahead of the DS by 5.63 million units.

The different holiday time saved the Switch for now, the momentum in the slow time of the year was already strongly in the favor of the DS. So DS most likely takes the lead then it's own holidays hit and will never look back again.

Sure is taking a long time for the DS to catch up to the Switch. I do hope that the revision blows up, even if it may not do DS Lite numbers.

The DS should explode eventually.