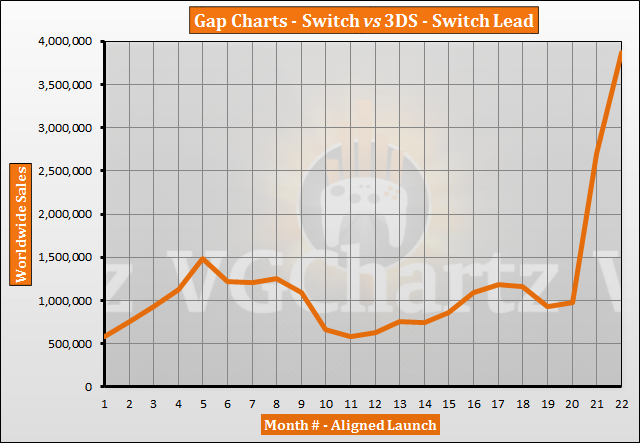 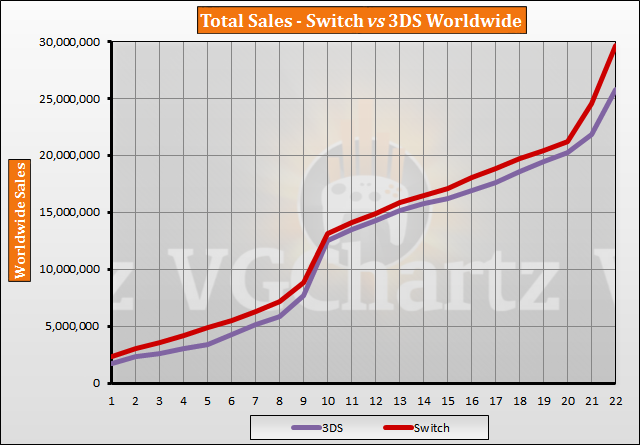 The 3DS launched in February 2011 (however, 3DS sales have been aligned to March 2011, since it only launched at the end of February in Japan), while the Nintendo Switch launched worldwide in March 2017. The Switch has sold 29.64 million units, while the 3DS sold 25.77 million units during the same timeframe.

For the first 20 months the two consoles were neck and neck. That means that a Switch at $300 was valued as the same as a 3DS after a massive price cut to $170. Now, because of this past holiday season, Switch is pulling ahead. Switch is in extremely good shape if it can sell better than the 3DS even though it costs $130 more during the corresponding time period.

True. The interesting part now is if Switch can keep a stronger momentum throughout the slow time of the year. If it does, the Switch will be on a path to strongly outsell the 3DS.

The sales are indeed impressive if you take the higher price of the Switch into account, but it makes me wonder if it's really beneficial to Nintendo, as the Switch is also a lot more expensive to produce...

They aren't taking losses from manufacturing the Switch. In fact profits have only gone up for Nintendo since it has been released. On the other hand the year that they released the 3DS, they posted their only loss in their entire history since they've been in gaming. Nintendo has been in gaming for about 40 years now, and they've only had one loss year. It was the year they launched the 3DS and then cut the price from $250 to $170.

So, I don't think the higher price is hurting Nintendo. Sales are higher and profits are higher. Everything is good for them.

And yet people still think it's not gonna outsell the 3DS.... smh.