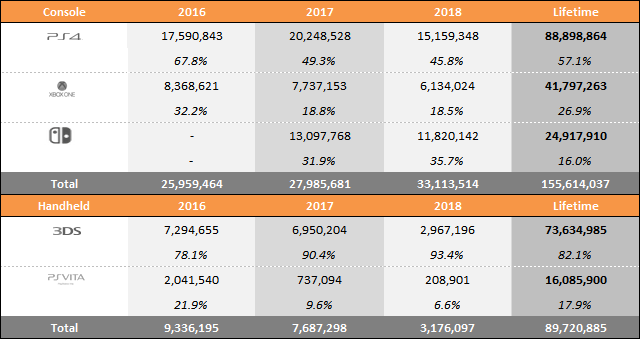 I'm pretty sure 2017 xbox was overtracked

Could it be that the Xbox has a chance at reaching 8m?

Down voted for what?

Xbox One is back to being up year on year this week. I guess it hasn't peaked after all!

If it already peaked, then how is it up year on year?

A 0.4% increase after years of declines will not allow the One to surpass its 2015 sales figure of 8.84 million.

Maybe "peaked" is the wrong word to use but it has a decent chance of topping 2017 sales, which is unusual for a console on the decline.