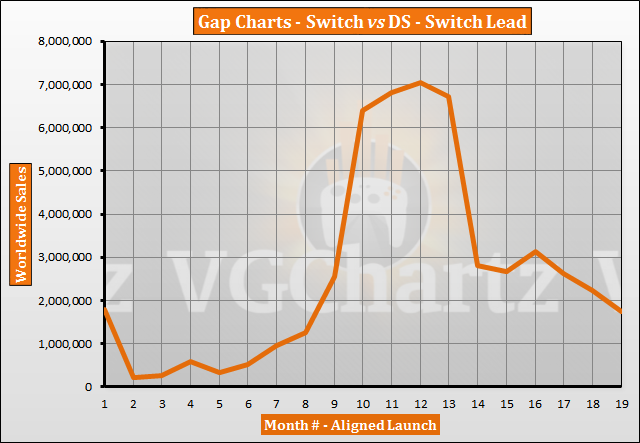 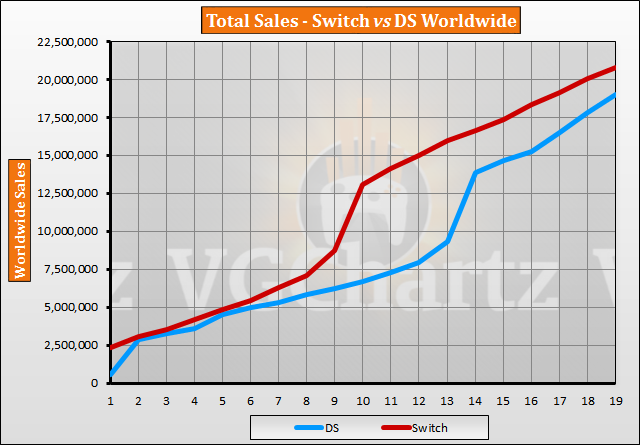 September 2018 is the 19th month that the Nintendo Switch has been available for. During the latest month the gap grew in favor of the DS by 463,348 units when compared to the Switch during the same timeframe. However, in the last 12 months the Switch has grown its lead by 788,863 units. The Switch is currently ahead of the DS by 1.76 million units.

Hopefully the Switch's early lead as well as the later revisions can make it at least beat the likes of the GBA.