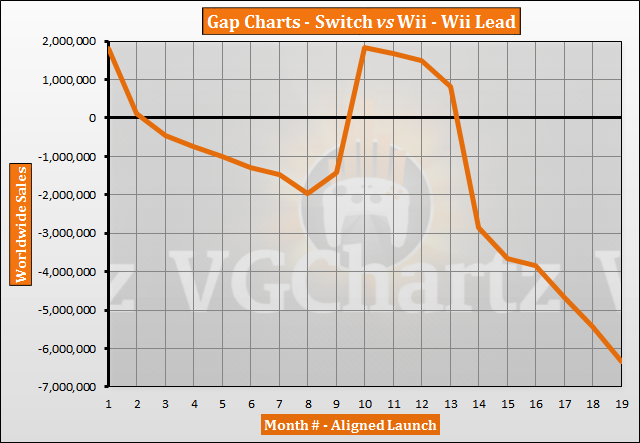 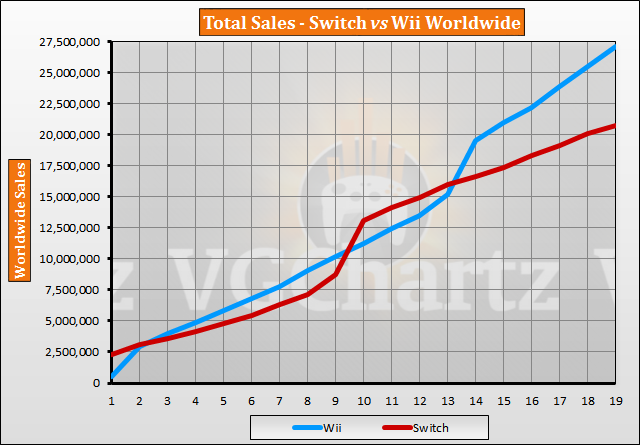 The only questions are when will Switch peak?, and will it fall off YoY as much as Wii did after its peak? I mean, how is Switch looking right now YoY? Apparently it was already down this September, compared to last September.

According to VGC estimates, Switch is up ~1.4m year over year for the first nine months of 2018.

2018 Q3 is the last hope for the Switch to destroy every records.

Just a reminder: Wii has two holiday seasons in this graph. Switch has one.

Wii is clearly ahead of everything through 19 months. Despite the steep curves in these particular graphs, Switch comfortably remains in the top 5 of all time.

Ya screwed up, Nintendo. :(

If we see a 3DS successor next year (console bundle without dock), Switch really could take off with Pokemon and Animal Crossing (at least in Japan).

Switch will outsell xbox one but not xbox 360 wii or ps3. Its due to the current gen reaching the last 1/4 of its run and nintendo will probably release a new gen console in 2021