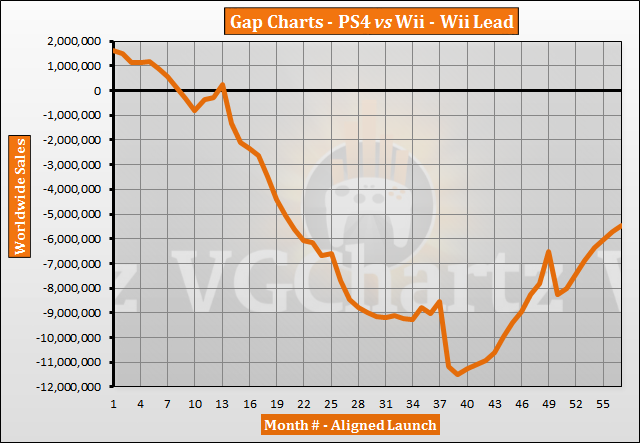 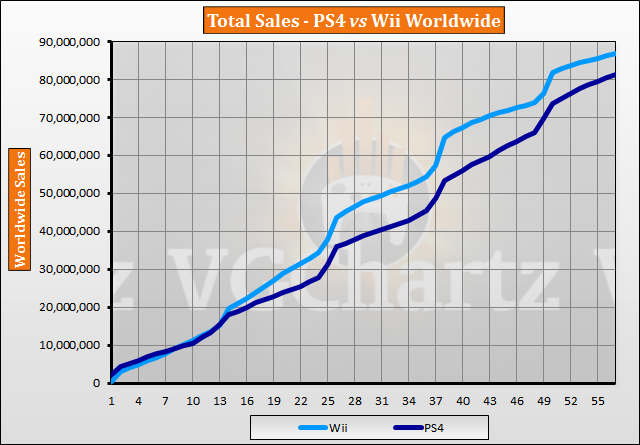 July 2018 is the 57th month that the PlayStation 4 has been available for. During the latest month the gap grew in favor of the PS4 when compared with the Wii during the same timeframe. The gap decreased by 227,922 units in the last month and by 3.92 million units in the last 12 months. The Wii currently leads by 5.46 million units.

Still impressive to see just how well the Wii was received! i guess congrats to both sony and nintendo for pulling these numbers

It's only a matter of months now before the PS4 takes the lead...

Wii’s running out of steam.

Amazing that the Wii did this well. :)

Wow, that's a fight for the ages, if only that had been in the same gen. Around week 30 you see momentum of Wii and PS4 close getting close and around week 40 that PS4 get's the stronger momentum. Still Wii owned the holidays. PS4 is on it's way to close the gap now, which also means reaching 100M. If all said and done PS4 should be past the Wii and 100M, but it will take a while and PS4 enters it's final stretch now too.

Wii still has it's last holiday, it really depends on whether the PS4 gets enough steam from this and next holiday.