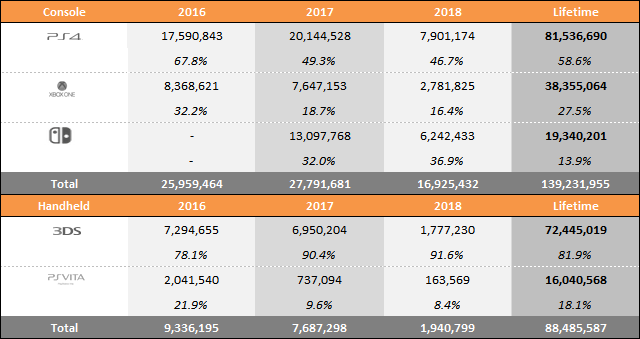 If Sony sells the PS4 for $200 during BF and the bigger part of december they could still sell more than 18 million PS4's this calender year.

Didn't Sony do that last year, too?

They did, but forgot to make enough PS4 units, which played a part in why 2017's december was a bit of a letdown.