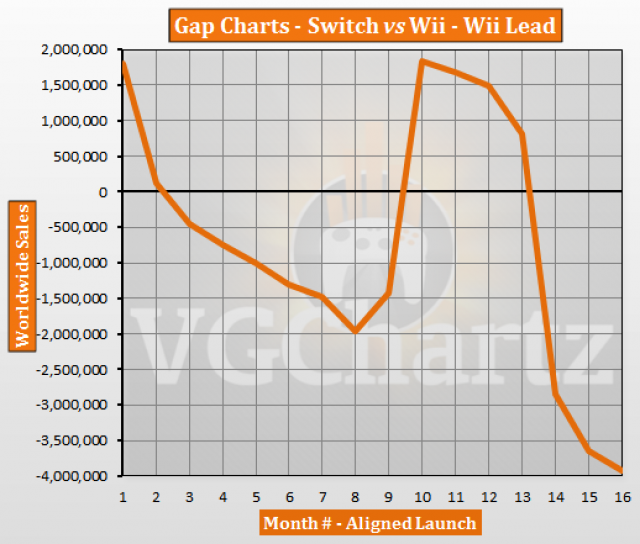 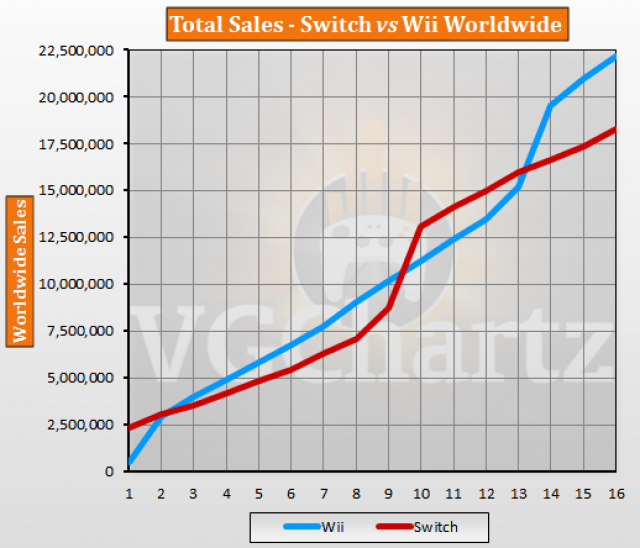 The more the gap grows now, the less opportunity Switch will have to reclose it again during the holidays. I still have my doubts Switch will come out on top here though. It’ll need longevity, and I just don’t see it.

Interesting...
The Wii was a true juggernaut no doubt about that, especially in the first 3 years of it's release but it did fall away pretty badly later on in it's lifespan. Software will be the key. If Nintendo's hope for Pokemon and Smash Bros comes true this xmas and then they deliver Metroid Prime 4, another core Pokemon game, Yoshi and then all the games that were started to be developed for the Switch when the console came out by 3rd parties in 2019 they might just be on track to give the Wii a run for it's money....

The fight is 3ds numbers.

Switch has the 3DS covered I reckon....

I stand by my lifetime Switch Prediction of 65 million sales.

But it's clearly outpacing the 3DS, so nah. It'll do better

Even the Switch can't catch the Wii? This is nuts!

Yeah of course the Switch is gonna fall behind the Wii for the next like 3 years because the Wii was a total insane monster for those three years. Then the Wii died off and that's when it'll start coming back to the Switch. I'm sure at some point the Switch will be over 10 million off of the Wii's pace, but in years 4, 5, 6 that is when the Switch will be pulling the Wii back in.

I dim't think it needs to hit the same as wii though. Why it loses ow it should make up in the later years I think.

It is not dead yet. With some acceleration this summer and a strong Q3, the Switch can keep playing equal with the Wii or nearly... But the time of the Switch breaking all records is over.

This is showing Wii after its second holiday shopping season, yes?

Yes. It does since Switch was released in March.