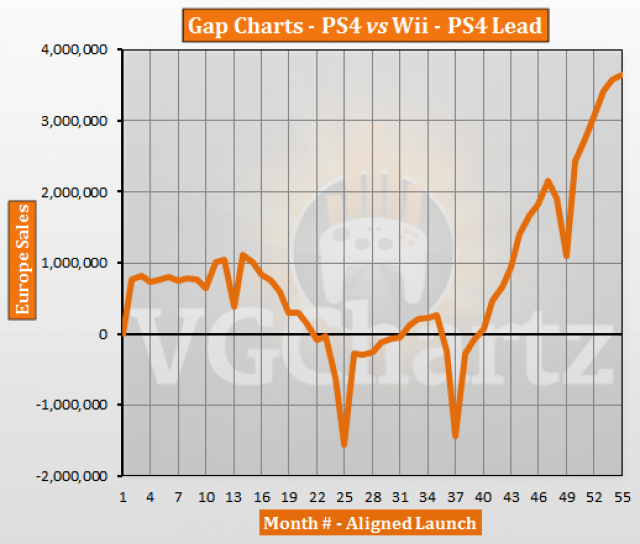 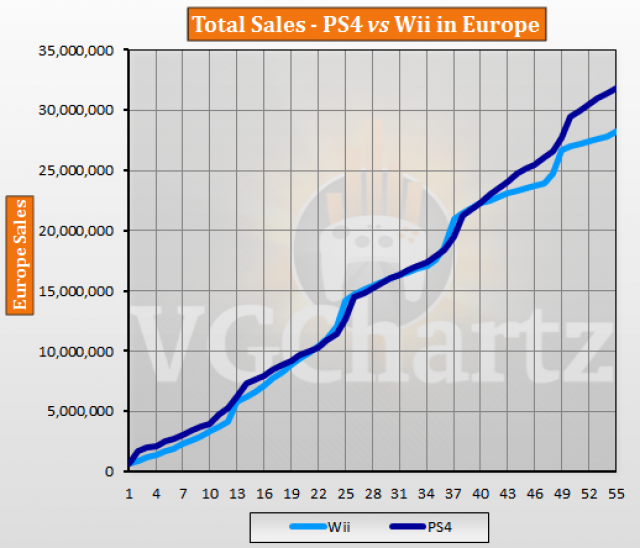 It was a hard fight, but PS4 won. I think at this point the Wii drops off, the PS4 will also shrink but as we can see in current momentum it happens slower. Congrats PS4.

Thanks to the PS4 Pro...If the Wii had got also a hardware revision, the scenario would have been different.

Not necessarely. And especially not if you would consider the Wii U as such. After all, it's fully backwards compatible to both games and accessories - it just also comes with games that the base model, aka the Wii itself, can't run.

I'd lean more on the tougher competition the Wii faced compared to the PS4.

Completely different designs and hardware? Just put a Wii next to a Wii U and you'll see that the Wii U just looks like an elongated Wii and from the front they're almost indistinguishable (Wii U lacks the trapdoor with the GC connectors and cardreaders, but other than that, it's basically the same). As for the internal hardware, The Wii U just triples and overclocks the Wii CPU (and adds some cache) while the GPU is just a more modern Radeon derivate. The hardware even changes to Wii mode in Wii games, where 2 of the 3 CPU get deactivated, the remaining one clocked down to Wii speeds and the GPU gets partially deactivated and slowed down to match Wii speeds, too.

So no, it's not just the name that's the same, most of the hardware is, too.

If ifs and buts were candy and nuts, we'd all have a merry Christmas.