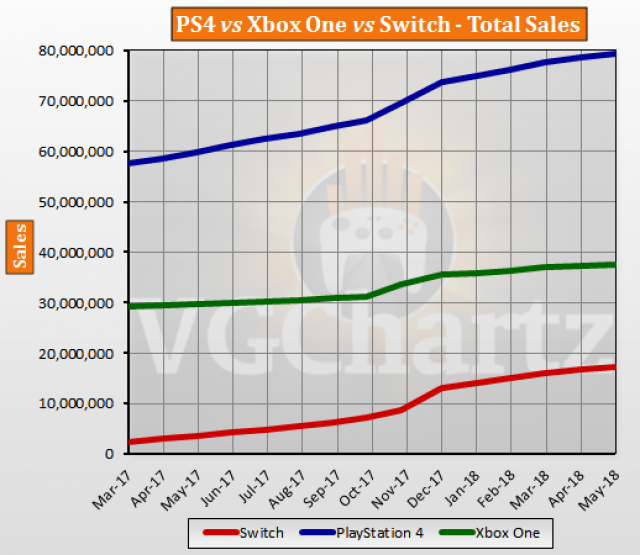 Looking at the total sales of the PlayStation 4, Xbox One, and Switch though May 2018 shows much of a lead the PlayStation 4 has on the Xbox One and Nintendo Switch. However, the Switch did launch several years after the other two consoles. 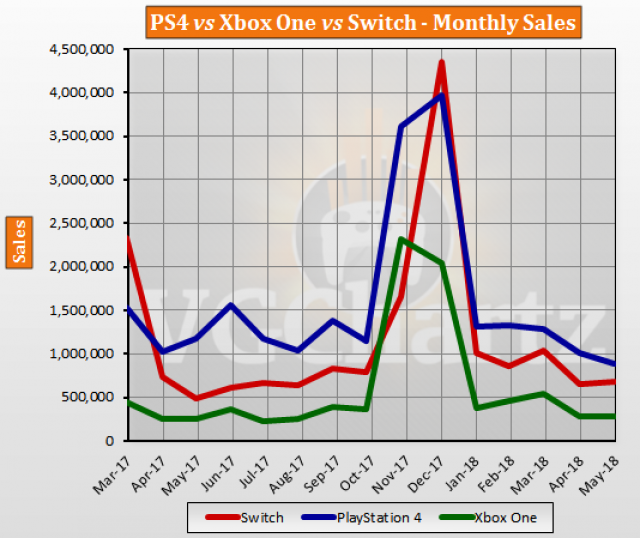 Seems like the Switch is slowly picking up steam again. For XBOX the boost of the ONE X is wearing off while the PS4 also enters a drought peroid after the GoW phase. I have the feeling the PS4 is close to its saturation point because even the big hitters this year were not able to boost hardware sales a lot.

Very few titles can realitically increase the sped of the PS4 sales at this point, especially when 80m people already own one. The thing that could increase sales is a decent pricedrop to catter to the undecided.

Hopefully they post an aligned chart of Switch vs PS4 soon.