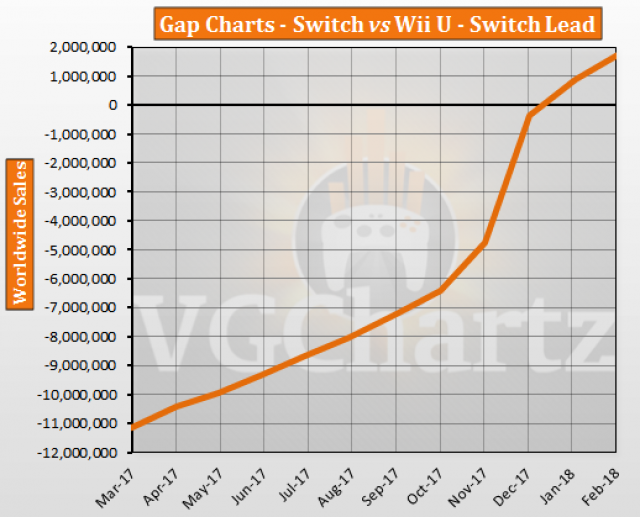 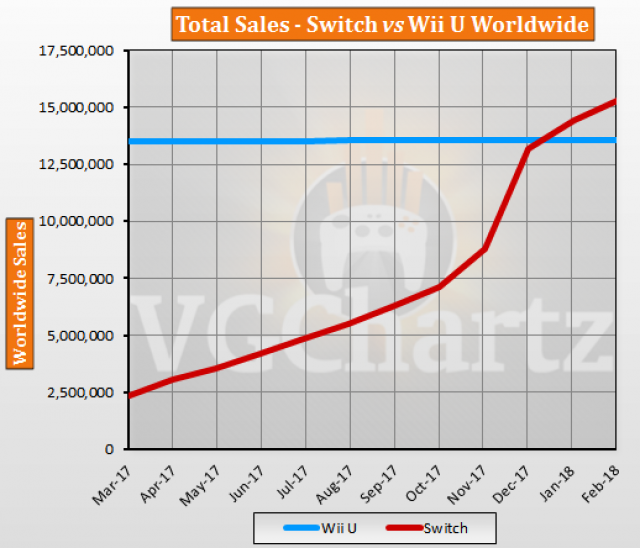 The flat line is what hurts the most. the Wii U died way before the Switch even was a thing.

“Mark my words, this is bombing harder than the Wii U.”

lol, I still get a kick out of that every now and then.

lol who was that?

Unfortunately for him he has no one to blame for being quoted as they're merely following his "Mark my words" directive. :D

It's a shame the Wii U didn't do well. It was an awesome console imo.

Yup. And in ten years, kids will be talking about it like they talk about Dreamcast. It's history will be revised by those who weren't around and it'll be seen as something ahead of its time. Prices will be outrageous on Ebay and those of us who owned one when it was actually on the market will be shaking our head going "where the hell were you guys when it was actually in stores?"

When is Wii U Lite?

In a strange sort of way, Switch is Wii U Lite.

The WiiU sacrificed itself for the Switch to live. Also, very interesting to see.

I feel like the Wii U was the caterpillar and the Switch was the resulting butterfly lol... I love the Wii U but now that I've had the Switch the former almost feels like a prototype.

Very true. I did a thread not long ago on the evolution of Nintendo hardware with Wii U being the stepping stone to the Switch.

Switch is the Emperor!
Gamecube was a peasant.
Wii U was the court jester.
Virtual Boy was the leper.

I don't think we should make any WiiU vs Switch sales chart anymore. It's just going to be a slaugter

Hmmm not all that interesting.

The Wii Ew was hardware designed for preschoolers. Cheap plastic, soft edges, the opposite of cutting edge. Glad they were able to switch into a new gear.