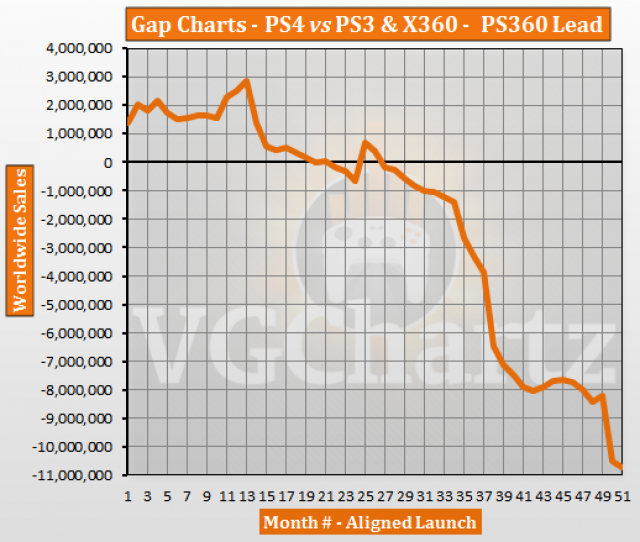 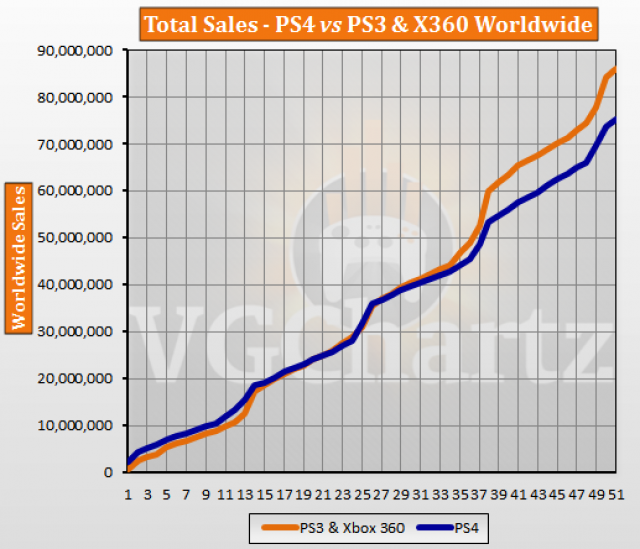 Proof that PS4 is going to do excellent numbers in the long run. 130 million seems almost guaranteed.

PS5 will launch in 2020 for sure. Sony is already deep in development on it and that would match PS3 lifecycle.

The PS4 will have long sales legs and it will sell over 120+ million. I would not be surprised the PS4 reaches 150 million console sales. The PS4 is picking up most of the HD twin sales in the 8th gen. PS4 has a 40 million lead of the Xbox One and that gap will continue to grow and grow over time. Go the PS4!