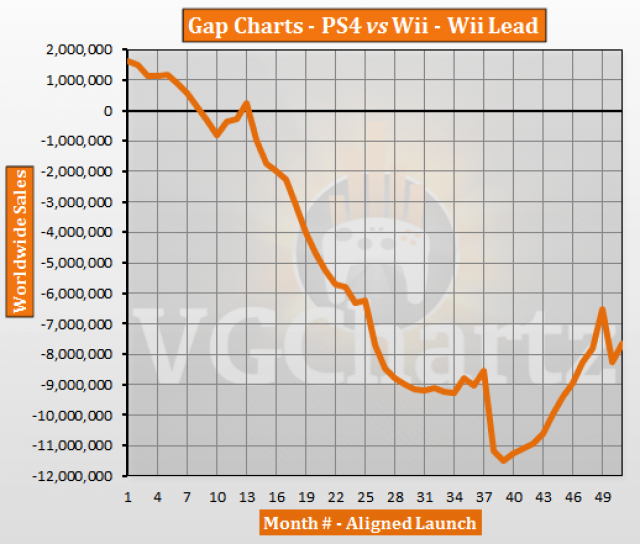 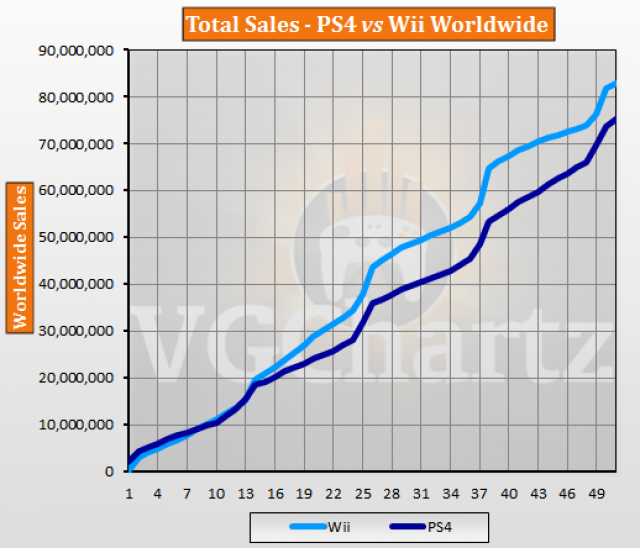 January 2018 is the 51st month that the PlayStation 4 has been available for. During the latest month the gap grew in favor of the PS4 when compared with the Wii. The gap decreased by 616,981 units in the last month and by 3.83 million units. The Wii currently leads by 7.65 million units.

Hope PS5 won't be a thing for at least 2-3 years. No need for a more powerful Sony console just yet. Exclusives look and play just fine

PS4 does great. No need to release a PS5 anytime soon.

Really great numbers, I do hope the PS5 isn't to far off personally because I love 60fps and I feel like next gen will deliver that but when the PS5 will really decide the sales numbers and nobody can be sure on that except sony themselves.

Go the PS4 closing down the Wii in sales. 120+ million is within reach.

Wii's numbers from 2007 to 2010 were insane. Ps4 has now entered Wii's slower years though and has begun to ctach up.

With new games and price drops Ps4 should easily do more than 130m.

I hope Sony actually drops it to $199 this year. Would be huge and they never really got there with PS3. PS4 tech is much less custom and if they dropped price in September to get a huge sales bump and then that would carry into the holidays they could stay just a little down compared to last year.

Really impressive. If PS5 doesn't come out next year as that rumor is suggesting, I can see PS4 reaching 120m. :o

Me too. Holiday 2020 would be the sweet spot to have great tech + affordable price + enough games ready at launch window.

Things are going too well for a PS5 to launch next year. That and developers aren't complaining about the hardware being outdated like they did last gen.

Don't see them releasing a new console next year, unless Microsoft makes a really aggressive play too force their hand.